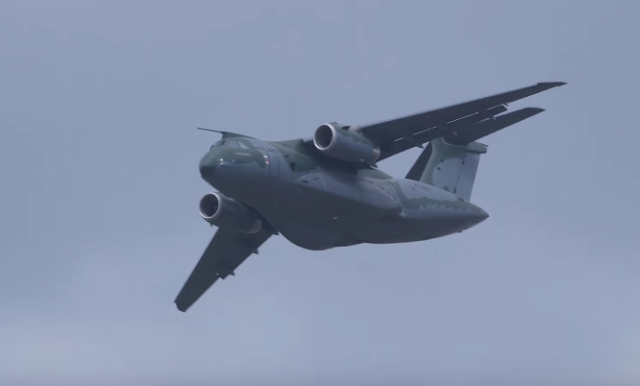 Embraer is on the verge of completing a deal with Portugal confirming the country as the first export customer for the KC-390 tanker transport.

“We are discussing with the government the final contract,” the Brazilian airframer’s chief executive Paulo Cesar Silva said at a pre-Farnborough air show media briefing in Lisbon on 26 June.

It comes just over a year after Portugal opened negotiations to buy five KC-390s, with an option for a sixth, with deliveries starting in 2021.

Four nations – other than Brazil – originally committed to the military aircraft, which flew for the first time in 2015. However, progress with Argentina, the Czech Republic and Chile appears to have stalled.

After the USA, Embraer has its largest overseas industrial presence in Portugal, with several sections of the International Aero Engines V2500-powered KC-390 built at its Ogma subsidiary – a manufacturer of aircraft parts and a military maintenance, repair and overhaul specialist – near Lisbon. Embraer has also established an aerostructures factory, mostly for its business jets, in Evora.

“Portugal is a very big partner of us. We are happy with the relationship,” says Silva.

Silva says Embraer is on track to deliver the first production aircraft – the third KC-390 to be built – to the Brazilian air force’s 11th Wing in Rio de Janeiro by the end of the year. Brazil has committed to eventually field a 28-strong fleet.

Embraer is exhibiting the KC-390 at this year's Farnborough air show, as well as the Royal International Air Tattoo in Fairford that immediately precedes it.