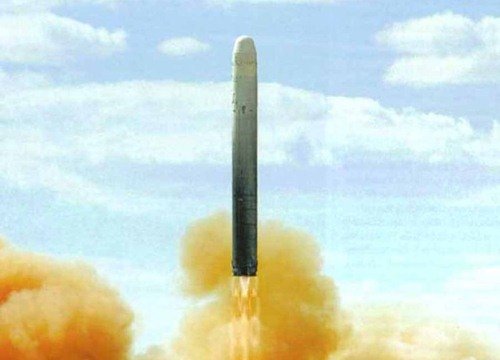 MOSCOW, October 29. /TASS/. The first regiment armed with the Avangard system comprising an intercontinental ballistic missile (ICBM) and a hypersonic glide vehicle will assume combat duty until the end of 2019, a source in the domestic defense industry told TASS on Monday.

"The scheduled period for placing the lead regiment on combat duty is the end of 2019. Initially, the regiment will comprise at least two systems but eventually their number will rise to their organic quantity of six units," the source said.

As Russia’s Defense Ministry officially stated, the first Avangard hypersonic missile systems will be put on combat duty in the Red Banner Missile Division based in the Orenburg Region in the south Urals.

According to the source, the Avangard hypersonic system is expected to enter service in late 2018 - early 2019.

In compliance with the established procedure, a control launch of the glide vehicle’s carrier, the UR-100N UTTKh missile, is expected to be carried out before the hypersonic system is accepted for service. However, considering the successful previous launches of the glide vehicle itself and the existence of the reliable and already tested missile, possibly no such a launch will be conducted," the source said.

The Avangard is a strategic intercontinental ballistic missile system equipped with a hypersonic glide vehicle. According to open sources, the ‘breakthrough’ weapon was developed by the Research and Production Association of Machine-Building (the town of Reutov, the Moscow Region) and was tested from 2004. The glide vehicle is capable of flying at hypersonic speed in the dense layers of the atmosphere, maneuvering by its flight path and its altitude and breaching any anti-missile defense.

The new weapon was unveiled by Russian President Vladimir Putin in his State of the Nation address to the Federal Assembly on March 1. Later, the Russian leader said during his annual Q&A session on June 7 that "the Avangard system is already in the process of its manufacture and has entered its serial production and in 2019 we are planning to deliver it to the Armed Forces."

The UR-100N UTTKh (SS-19 Stiletto) is a heavy upgrade of the UR-100 missile complex developed in the Soviet Union in the 1960s by the Design Bureau-52 led by Vladimir Chelomei. It was accepted for service in 1980. Currently, Russia’s Strategic Missile Force operates 30 silo-based missiles of this type, according to open sources. The missile has a takeoff weight of about 100 tonnes and a throw weight of around 4.5 tonnes.