Russia may export Project 22800 corvettes Karakurt to Vietnam, China, India and other countries of the Asia-Pacific Region 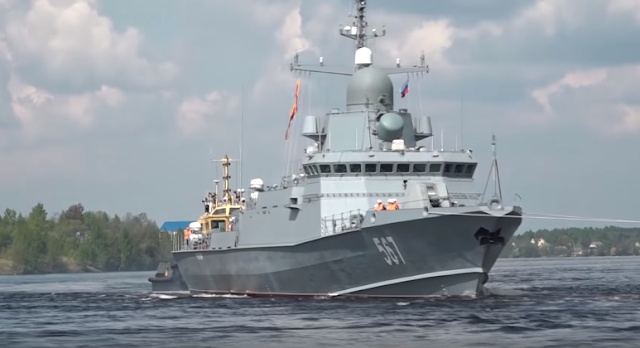 
These ships are very successful: they have a big tonnage, good armament, and Kaliber is the most important thing, Deputy Prime Minister Yuri Borisov said

"These ships are very successful: they have a big tonnage, good armament, and Kaliber is the most important thing. The corvette has an acceptable price, it is small, compact and fast. I believe that it has a good export potential for a number of countries, especially from the Asia-Pacific Region - Vietnam, China, India and others," Borisov said.

Currently, the units of Russia’s Navy, namely the Baltic, the Northern, the Black Sea Fleet and the Caspian flotilla are equipped with the Karakurt-class corvettes, he said. "Now the construction of the first three vessels of this class has been launched at the Eastern shipyard. I think the new models’ production will heighten interest in them."

The Project 22800 corvettes (Karakurt) are a series of Russian multirole artillery missile vessels of the near maritime zone developed by the Almaz Central Maritime Design Bureau. The Russian Navy is due to receive a total of 18 small-sized Project 22800 ships, including the first two in 2018. The vessels are armed with high-precision missiles, modern artillery systems and Russian-made power plants.