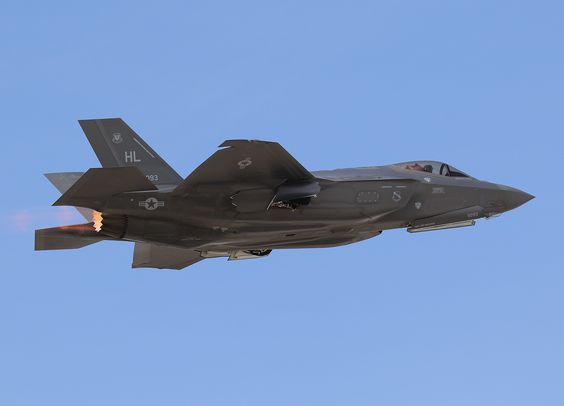 
Defense Secretary Jim Mattis has submitted a report to Congress on the U.S. relationship with Turkey that could lift a freeze on transfers of F-35 joint strike fighters to the NATO ally, the Pentagon said Friday.

Sens. Thom Tillis, R-N.C., and Jeanne Shaheen, D-N.H., spearheaded legislation in August that barred the administration from handing over any of the high-tech jets and gave Mattis three months to provide a detailed review of Ankara and the F-35 sales. Both lawmakers were traveling in Halifax, Nova Scotia, on Friday and did not immediately return requests for comment.

Lawmakers had been angered by Turkey’s imprisonment of U.S. pastor Andrew Brunson at the time, though he has since been released, and its insistence on buying an S-400 missile defense system from Russia, a move that could divide NATO and give a key adversary access to the country’s defenses.

"The department provided the NDAA-required Secretary of Defense F-35 report to Congress for their decision on the way forward. Department leadership will continue to work closely with Congress to answer any of their questions,” Pentagon spokesman Lt. Col. Mike Andrews said on Friday.

Turkey took ceremonial delivery of its first two F-35 jets in June, though those jets and the Turkish air crews and maintainers are still undergoing standard training in the U.S. It hopes to eventually purchase about 100 F-35s, which are billed as the world’s most advanced fighter jet.

The freeze imposed by Congress in the National Defense Authorization Act, signed by President Trump in August, has so far had little real effect because the first F-35 transfers to Turkey are not expected until next year.

Now, lawmakers must review Mattis’ report and decide whether to lift the prohibition. Both the House and the Senate have left town, and that is not likely to occur until at least after the Thanksgiving holiday when lawmakers return to Washington.

Related articles:
Pentagon report on Turkey's F-35 program delivered to US Congress
Lockheed’s F-35 Has a Turkey Problem
Turkey to get 2 more F-35s in March 2019
Joint US House and Senate conference committee upheld restrictions on the sale of F-35s to Turkey
Washington's F-35 bluff against Ankara

Turkish fighter pilot carries out first flight in US with F-35 jet
US blocking transfer of F-35 jets to Turkey for fear that Russian missile defense system would expose the F-35 is not as stealthy as claimed
Trump signs defence act preventing weapons sales to Turkey
US Senate approves decision to delay delivery of F-35 jets to Turkey
Congress moves to suspend F-35 sales to Turkey in defense bill
Turkish pilots to begin training on their first two F-35 fighters but the jets themselves to remain in U.S. custody for now
Trump guarantees F-35 deliveries to Ankara