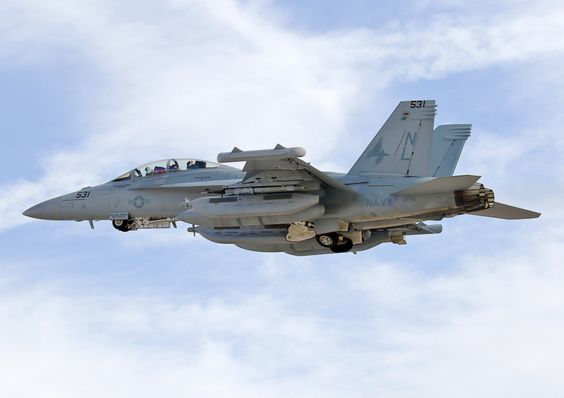 The US Navy (USN) is targeting 2024 to field an operational prototype of its Next Generation Jammer – Low Band (NGJ-LB) system on the EA-18G Growler airborne electronic attack (AEA) aircraft.

Disclosure of the service’s aggressive schedule comes less than a month after the Naval Air Systems Command (NAVAIR) awarded Demonstration of Existing Technologies (DET) contracts to L-3 Technologies and Northrop Grumman to explore technology options for the NGJ-LB.

Being procured incrementally, the overarching NGJ programme is intended to augment and, over time, progressively replace the ageing AN/ALQ-99 Tactical Jamming System (TJS) currently equipping the EA-18G Growler. The NGJ-LB pod, which will be fitted on the aircraft’s centreline hardpoint (Station 6), forms Increment 2 of the programme. 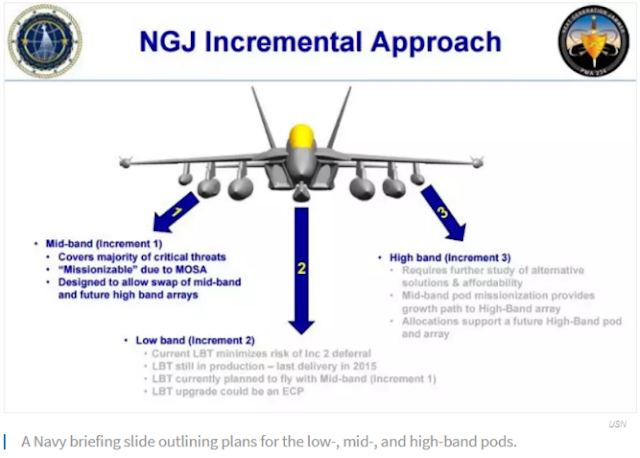 
NGJ-LB is an external radar and communications jamming pod that is carried underneath an aircraft and is part of a larger series of weapon systems contracts that are planned to ultimately replace the aging ALQ-99 Tactical Jamming System currently used on Boeing EA-18G Growlers. The NGJ programme aims to jam three radar and communications frequency ranges used by adversaries by developing three jammers: NGJ Mid Band, NGJ Low Band and, eventually, NGJ High Band.

“NGJ-LB is a critical piece of the overall NGJ system in that it focuses on the denial, degradation, deception and disruption of our adversaries’ abilities to gain an advantage in that portion of the electromagnetic spectrum,” said Capt Michael Orr, programme manager of PMA-234, the USN office that houses the airborne electronic attack systems and EA-6B programmes. “It delivers to the warfighter significant improvements in power, advanced jamming techniques and jamming effectiveness over the legacy ALQ-99 system.”

Each low-band demonstration contract has a 20-month period of performance, during which time the USN will assess the technologies’ maturity to help guide future development and acquisition strategy, the service says.


The low-band competition is the second chapter of the USN’s larger Next Generation Jammer competition, which awarded a separate contract to Raytheon in 2014 to develop a mid-band jammer. Source: flightglobalcom 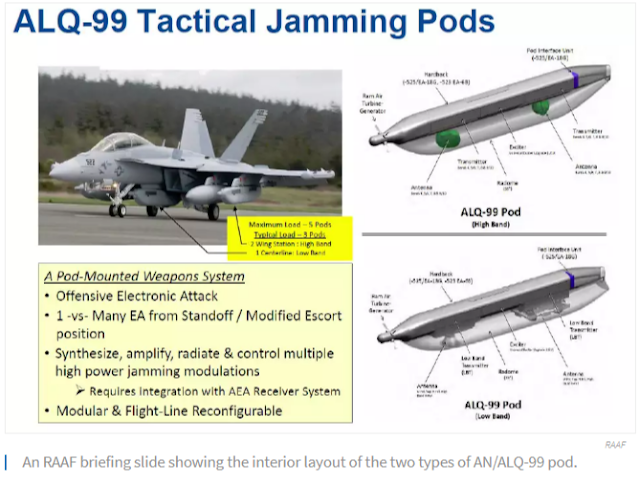