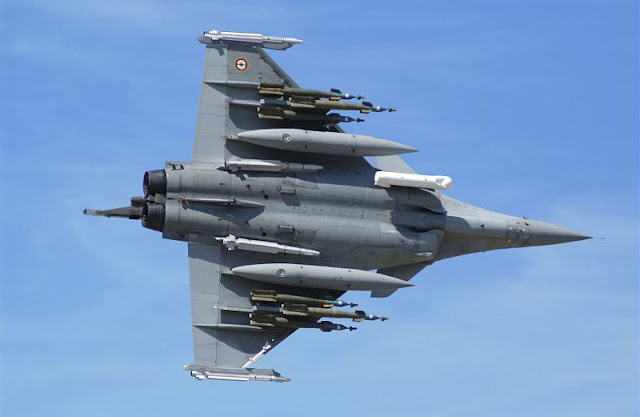 The the French procurement agency, on 9 November announced that it had qualified the new-generation F3R standard for the Rafale combat aircraft on 31 October, in line with the January 2014 contract awarded to Dassault Aviation, Thales, MBDA, and Safran.

Earlier in October, the DGA launched the F3R upgrade for all 144 Rafales in service. The first 10 Rafale F3Rs, four of which will be delivered by the end of 2018, will be used by the French Air Force and French Navy to fine-tune the upgrade, as already begun by DGA testing teams.

Like previous versions, the F3R involves major software and hardware upgrades, according to the DGA.

Negotiations were finalised with the Directorate General of Armaments (DGA) on December 30. In total, about one billion euros will be invested in the upgrade programme, which will benefit all of France’s combat aviation industry.

The upgrade programme will enable Dassault Aviation to integrate the following equipment and weapons onto the Rafale:

F3R will also include upgrades to Rafale sensors and to systems ensuring total interoperability. The launch of the F3R standard guarantees the French forces will continue to have high-performance aircraft adapted to their requirements. It reinforces the strong points of the Rafale in export competitions. It contributes to maintaining the competences of the design bureaux of Dassault Aviation and its industrial partners at a world-class level. It confirms the ongoing improvement process and opens the way to future developments for France and export customers.

“This is a clear signal of our commitment to invest in the Rafale, and in a very strategic sector, that of combat aviation, so as to maintain it as the best in the world,” said Jean-Yves Le Drian. “It also guarantees the long-term availability of a line of products that continue to meet the requirements of the export market.”

All of these functional and physical modifications reinforce the Rafale’s omni-role character. During the same flight, the aircraft can carry out different types of missions, such as ground attack and air defence. Totally versatile, the Rafale provides the capability to carry out the full range of missions that can be assigned to a combat aircraft: air superiority and air defence; attack of land and naval targets; close air support of ground troops; reconnaissance and nuclear strike. It is also the first aircraft designed from the outset to operate both from a land base than from an aircraft carrier. It is operated by the French Air Force and the Navy. Source: www.sps-aviation.com