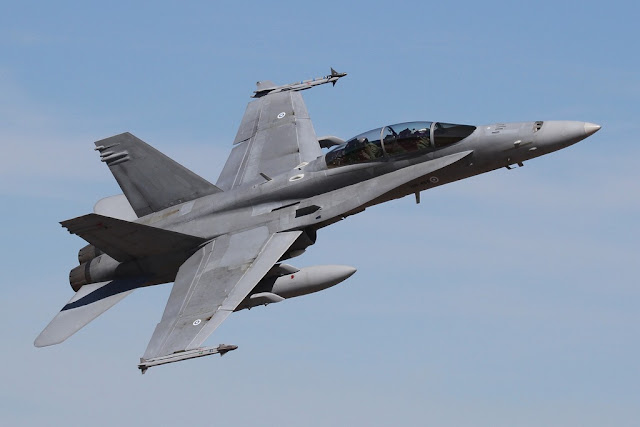 
With the Nordic nation's existing fleet of 64 US F-18 Hornet jets becoming increasingly obsolete and expensive to maintain, five contenders are expected to run in the upcoming tender.

As Finland is heading toward the largest military purchase in its history, the suspense is building. The modernization of the Finnish Air Force is expected to cost up to €10 billion ($12.5 billion), with at least as much spent on maintenance and updates in the upcoming 30 years, Finnish national broadcaster Yle reported.

Finland's current fleet of 64 US F-18 Hornets is estimated to have seven to twelve years left in operation. To offset their gradual decommission, the Nordic nation has five replacement contenders on its radar: the F-35 (Lockheed Martin), the F/A-18 Super Hornet (Boeing), the Gripen E (Saab), the Rafale (Dassault) and the Eurofighter Typhoon.

According to Lauri Puranen of the Defense Ministry, the stakes are particularly high as the goal is to acquire a system that will be still in service after 30 years and will be able to be updated further on to meet the challenges of tomorrow.

According to Puranen, it is therefore about "getting a whole system with many components" rather than an array of aircraft. Therefore, factors such as sensors, wiring and ability to work in units will be considered, he stressed.
Puranen revealed that the purchase price/maintenance cost ratio is expected to be 40/60.

Charly Salonius-Pasternak of the Finnish Foreign Affairs Institute argued that the upgradability of the new aircraft is crucial, as it yet difficult to envisage the needs of the air force in the decades to come. Since all the five contenders are expected to be up to a certain level, the question was rather which of them will offer anything beyond that level.

In addition to fighter jets' performance per se, security policy implications will be taken into consideration as well, he stressed.

The last air force update of this scope was carried out in 1992, when it was decided to buy 64 Hornet jets, a decision which opened Finland's security policy door to the West. At that time, disappointment was particularly great in Sweden as Finland did not choose the Swedish-made Gripen, despite increased talk about cooperation.

"It was disappointing. We had talked a lot about Sweden about joint procurement of defense equipment. And it was like a blow to these beautiful words," the then-Defense Minister Elisabeth Rehn recalled.

This time, expectations are once again running high among the Swedish defense group Saab.

There are some politicians and even parties that have flagged in favor of buying Swedish because of the Swedish-Finnish cooperation. Many in Sweden are equally hopeful," Salonius-Pasternak stressed, emphasizing that Finland and Sweden currently are the only Nordic nations to remain outside of NATO.

According to him, the main argument in favor of the European fighter jets is supporting Europe's military independence.

"And then there are those who indirectly consider US interest in this, as we did in the early 90s. In my personal discussions, it has been made clear that if Finland were to switch countries, it would certainly affect the US-Finnish relationship," Salonius-Pasternak stressed.

The tender will start in several months' time, Yle reported.