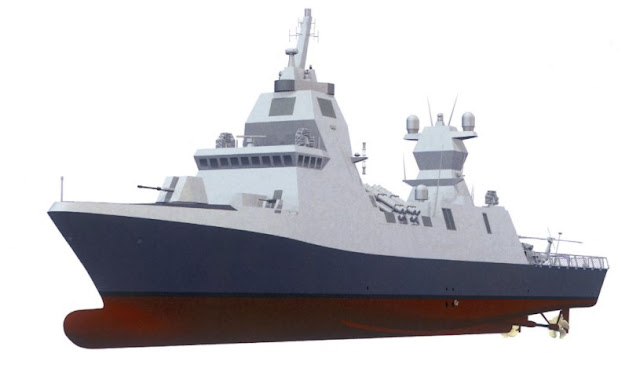 A computer-generated image released by tkMS in late 2016 shows what may be the Sa'ar 6 class. (ThyssenKrupp Marine Systems)

The Saar 6, which will patrol Israel's economic waters, will be equipped with advanced missiles, sensors, radar, electronic weaponry, a helicopter landing pad and more.

Israel has unveiled the capabilities of the Saar 6 naval patrol ships that will protect its offshore natural gas rigs. The ships will be equipped with advanced sensors for a range of sea and air aims, short and long range assault capabilities, helicopter landing pads, electronic weaponry, powerful radar and cybersecurity protection systems. The Saar 6 will begin operational missions for the Israeli Navy to protect offshore Mediterranean natural gas rigs in two years.

Four such patrol ships were ordered by Israel from German company ThyssenKrupp in May 2015 in order to expand the Israeli Navy's capabilities to protect Israel's natural gas offshore infrastructure as production enters full flow. The Israel Defense Forces (IDF) say that the patrol boats will be delivered during 2020.

The boats are at the center of the Case 3000 investigation by Israel Police's 433 Lahav fraud squad, better known as the "Submarines Affair." Israel Police suspect that the deal, which involved these boats, as well as three Dolphin submarines ordered by the Israeli Navy from ThyssenKrupp, was tainted by corruption, with bribes and conflicts of interest involved including Vice-Admiral (res.) Eliezer Marom, businessman Michael Ganor and Adv. David Shimron, a cousin of Prime Minister Benjamin Netanyahu.

While the police continue to investigate the legality of the deal, the Israeli Navy is preparing to receive the new boats, which are 90-meters long, 13.5 meters wide, and 21 meters high. Each vessel will hold a crew of 70, move at speeds of up to 25 knots and operate over a range of 2,500 miles.

the ships will have the ability to respond to a range of threats from terror organizations and will be available to protect Israel's economic assets. Each ship will carry large amounts of interception missiles for use against missile targeting natural gas rigs. Among other things, a Rafael Advanced Defense Systems Ltd. naval iron dome system will be installed aboard each vessel as well as Israel Aerospace Industries Ltd. (IAI) (TASE: ARSP.B1) Barak 8 defense missiles, ELTA Adir radar systems and Seahawk helicopters.

The Israel Navy says that the new defense patrol ships will significantly improve protection capabilities in the country's economic waters, which covers more than double Israel's land area. The aim will be to protect Israel's energy independence. By 2020, 75% of Israel's energy sources will come from its rigs in the Eastern Mediterranean. 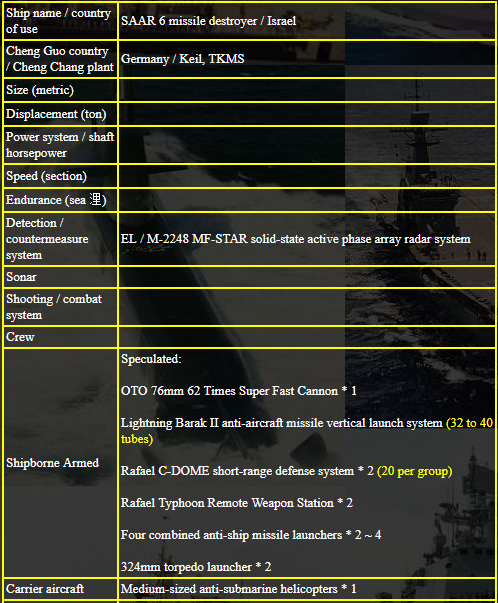