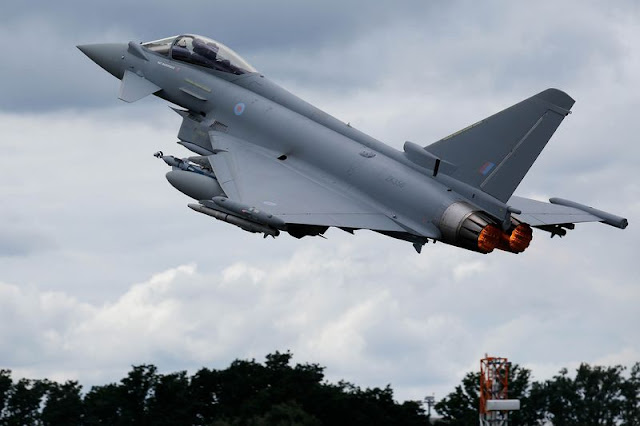 British weapons manufacturer BAE Systems says it has offered Malaysia a $2 billion financing deal backed by the UK government, in a bid to convince the Southeast Asian country to replace its ageing combat aircraft with British-made ones.

BAE, part of a European consortium that makes the advanced Eurofighter Typhoon jets, is hoping that Malaysian officials would accept the deal, as they are planning to buy up to 18 aircraft to replace the country’s most-grounded Russian Mikoyan MiG-29s, Reuters reported Tuesday.

The French company Dassault Aviation has also come forward with a competing deal to provide Kuala Lumpur with Rafale fighter jets. In fact, the French option was

To make the deal more lucrative, Alan Garwood, the Group Business Development Director for BAE Systems, said the company was willing to throw in training and local partnership while guaranteeing “lots of jobs.”

"We have an offer on the table...It's competitively priced and we have offered UK government financing so the Malaysian government can spread the payment over a longer period," Garwood said in an interview in the Malaysian capital.

The government of Prime Minister Theresa May has accepted to fund the deal through the UK Export Finance export credit agency.

The contest, which is one of the biggest aircraft contracts under consideration in Asia, has been delayed due to upcoming national elections in Malaysia and the country’s focus towards stepping up its aerial surveillance capabilities.

BAE, which leads the marketing campaign for Typhoons, jointly built with Italy’s Leonardo and France-based Airbus, expects Malaysia to make a decision after the elections, which must be held by August.

“I sense there is an appetite to move forward in the next couple of years,” BAE Systems Malaysia & Southeast Asia managing director John Brosnan said.

The deal is of special importance to both London and BAE Systems.

While the company looks to expand its Asian market to countries beyond the Persian Gulf region, May’s government needs to secure as many such deals as it can in order to keep the British economy thriving after its pending withdrawal from the European Union.


So they will be financing only a portion of the planes?  Malaysia will still be short of $4 biliion because 18 Eurofighter cost $6 billion.

Related post:
MiG-29 upgrade will save billions of dollars and provide Malaysians with technical experience