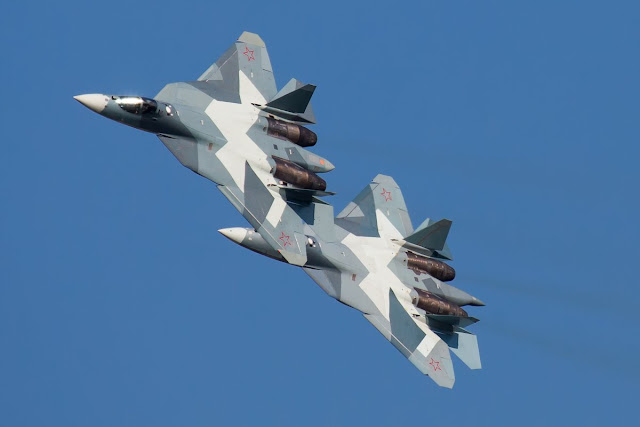 
On February 21, the Russian Aerospace Forces deployed two “Pak Fa” Su-57 stealth fighter jets at their Hmeimim airbase near the Syrian coastal city of Jableh, according to Syrian pro-government activists.

The activists released a single picture that supposedly shows the two Su-57 escorted by a Su-35 multirole fighter right before they landed at the airbase. However, this photo is yet to be verified.

The Su-57 is the most advanced Russian stealth multirole fighter aircraft, and it’s not even in service with the Russian Aerospace Forces yet as it is still undergoing tests. The stealth aircraft is equipped with an X band active electronically scanned array (AESA) long range radar, and can be armed with long range air-to-air missiles as well as precision air-to-ground weapons.......Read rest of article: HERE


Guess that means things are going to get hotter 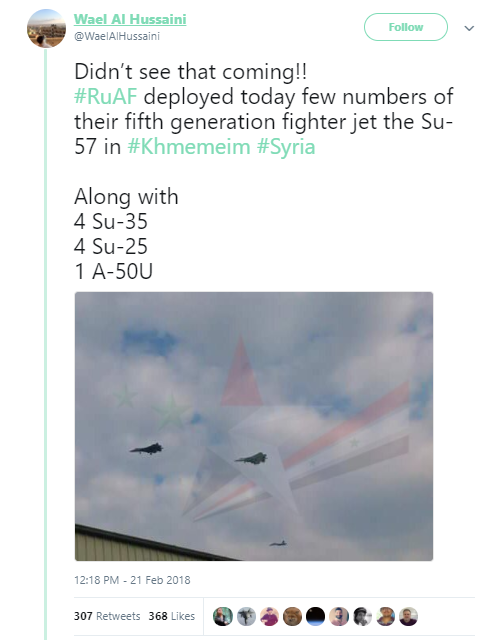