America's F/A-18E/F Super Hornet fleet, the backbone of the Navy’s fighter force, is getting new fuel tanks, as you can see in the Boeing artist's depiction above. The tanks are designed to allow the plane to fly and fight farther than ever before. It's a move that is in large part driven by a desire to stop Chinese long-range missiles that could target aircraft carriers, destroying them before they can threaten American flat-tops.

On Feb 14, the U.S. Navy awarded a $219 million contract to Boeing for the “design, development, test and integration of the conformal fuel tank in support of the F/A-18”. The work will be done in El Segundo, CA, St. Louis, and Philadelphia. It is expected to be completed by 2022.......Read rest of article: HERE 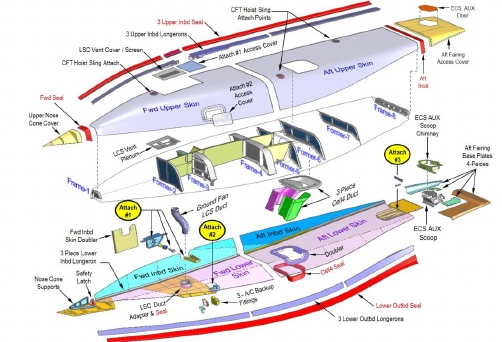