The export of war materiel made up 0.15% of total Swiss exports, according to figuresexternal link published on Tuesday by the State Secretariat for Economic Affairs (SECO).

Almost half of all exports headed to Europe, although that proportion is dwindling. On the other hand, more are ending up in Asia, which currently buys around a quarter of all Swiss weapons. In addition, the share of exports to Africa dropped from 12.2% to 7.3%.

Here is a breakdown of the top five export destinations for Swiss weapons exports: 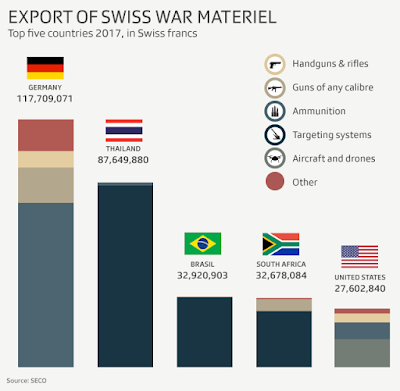 Other notable sales include to India (CHF8.9 million), Pakistan (CHF6.6 million) and Saudi Arabia (CHF4.8 million). For the full list of 64 countries, go to the SECO reportexternal link.

Reacting to the figures, Amnesty International Switzerland called on the government to not ease arms exports controls, as currently demanded by the weapons industry.

“Given the arms exports to countries that are known for conflict and serious human rights violations, any further loosening would be cynical and irresponsible,” said Patrick Walder from Amnesty Switzerland in a statementexternal link.

Switzerland was the 14th-largest arms exporter in the worldexternal link in 2016, according to the Stockholm International Peace Research Institute (SIPRI). The US and Russia are by far the largest. 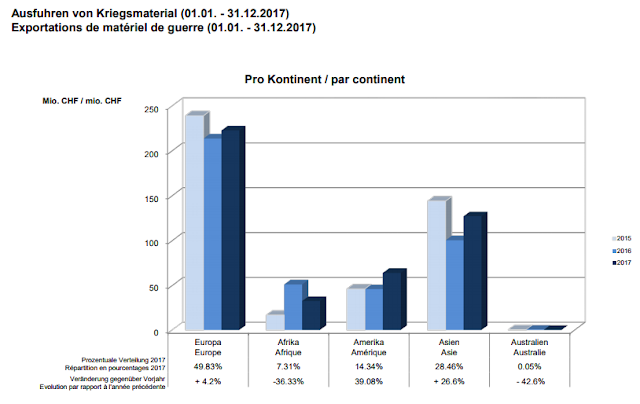 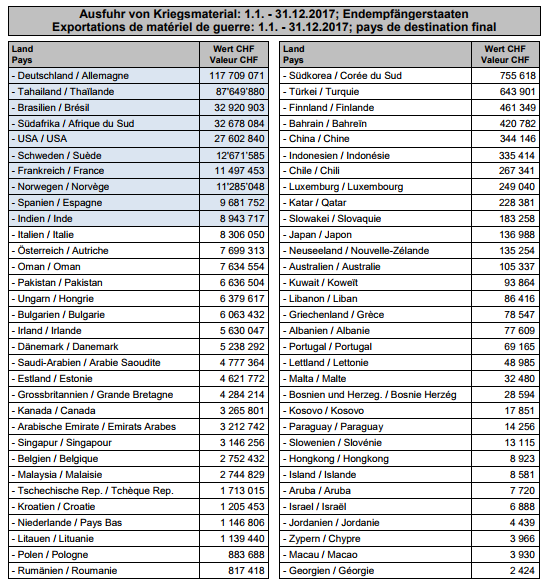