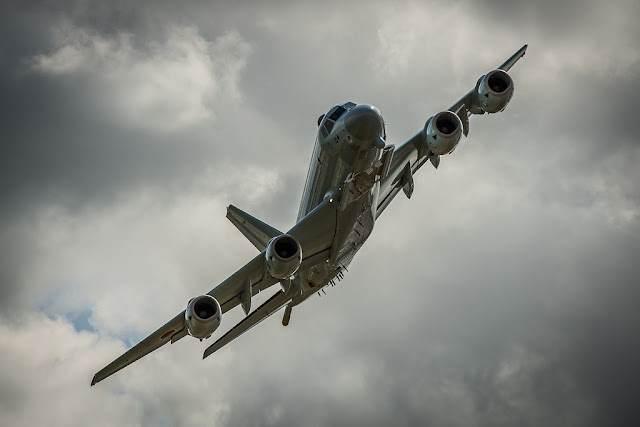 
SINGAPORE (Reuters) - When Boeing’s P-8A Poseidon first arrived at the Singapore Airshow two years ago, it caused a stir. Defence buyers around the region were intrigued by the new aircraft, which was touted as reliable, capable and absolutely necessary in a region abundant with naval tension, both above and below the water.

In 2018, the need has grown. China has spent the last few years building up military installations around the South China Sea and its submarines are prowling farther afield, stoking Asian interest in planes that can sweep large swathes of ocean.

The number of offerings on the market has grown too, but the cost of such specialised aircraft has kept the purchases relatively small for now.

“Special-mission aircraft are a strategic asset,” said Avishai Izhakian, Israel Aerospace Industry’s (IAI) deputy general manager for airborne systems and radars, explaining why sales of such planes have remained elusive. “As such, the procurement process is very lengthy.”

The Swordfish is not yet in production, however, and the Japanese Self-Defense Force is the sole customer for the P-1. India and Australia are so far the only Asia-region buyers of the $175 million P-8.

No big sales of maritime patrol aircraft were announced at this week’s Singapore Airshow, the biggest regional aerospace and defence event.

Still, planemakers at the airshow said that Asia remained a promising market.

“There is a requirement need out here in the Asian region for P-8s,” Matt Carreon of Boeing said at a media briefing on Tuesday. He cited the large volume of shipping traffic, the amount of piracy and the “current political climate” as reasons why maritime patrol would be important to Asian militaries.

Two P-8s were on display at the airshow, one flown by the U.S. Navy - the aircraft’s biggest customer by far, with 98 ordered and 64 delivered - and the other by the Royal Australian Air Force, which has ordered 12. Britain and Norway are the only other two announced buyers.

Gene Cunningham, Boeing’s vice president of global sales for defence, space and security, said the company was in advanced discussions with South Korea over a P-8 sale. There might be a decision by the end of 2018, he added.

On Thursday, South Korea’s defence procurement agency confirmed it would buy a maritime patrol aircraft from a foreign company. The Yonhap news agency, citing an unnamed military source, said the decision would be between the P-8 and Saab’s Swordfish for a deal expected to be worth about $1.75 billion.

The moneymaking potential for sales in the Asia-Pacific region is clear. The U.S. State Department gave permission last year for a nearly $1.5 billion P-8 sale to New Zealand, although no deal has been announced.

Malaysia, Indonesia, Vietnam and South Korea are among others in the region shopping for maritime patrol aircraft, several planemakers said.

“If they are concerned about the proliferation of submarines, we are talking to them,” said Robert Hewson, Saab’s head of communications for Asia Pacific.

Hewson suggested the Swordfish would be as little as half the cost of the P-8 over its lifetime.

IAI’s Izhakian, speaking on the sidelines of the airshow, said the P-8 was better suited for large militaries with bigger budgets than for most potential Asian countries, leaving an opening for smaller aircraft with advanced sensors.

“This is our niche, to provide a more affordable solution with more capability,” he said.

Like Saab and IAI, Boeing designed its aircraft around the bones of a civilian plane, in this case the ubiquitous 737 passenger jet. Carreon said the aircraft’s familiarity, plus the ability add in third-party or local systems, made it attractive to even smaller customers.

“They are shocked at the value they’re getting,” he said.

Boeing is marketing its jet as a natural upgrade of the older, propeller-driven Lockheed (LMT.N) P-3 Orion, which performs the same mission. Only one buyer, India, had not flown P-3s before purchasing P-8s.

Kawasaki was displaying a model of its four-engine P-1 jet, which replaced Japanese P-3s, but Hideki Yamaoka, associate officer and project manager of the company’s Advanced Aircraft Export Project, said it was generally “too high-end for the requirements” of Asian customers.

Unmanned drones are another option. Joseph Song, vice president for international strategic development at General Atomics Aeronautical, which makes the MQ-9 Reaper, said he saw potential for growth in Asia.

“I think the maritime mission is going to be as big as the land mission in the future, driven by Asian customers like Australia, India, Japan, Korea, and I think Singapore and other countries will certainly play a role,” he said.

After a meeting of Southeast Asian defence ministers this week, Singapore defence minister Ng Eng Hen said the country was spending more all around, including on ways to keep an eye on the seas around the island city-state.

“Defence spending on the whole, not only maritime surveillance, has gone up,” he said. “That’s a fact.”