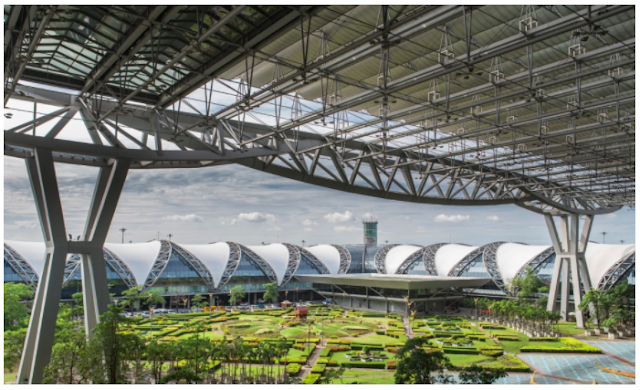 According to the CAPA Airport Traffic Database, Airports of Thailand has reported the highest number of passengers since 2008 with 133.1 million in 2017.

That is despite a stalling in visitor numbers. As the chart below indicates, visitor growth collapsed during the political problems of 2014, and then recovered to greater than 2013 levels the following year. It then settled at 9.1% in 2016, decreasing slightly to 8.6% in 2017. 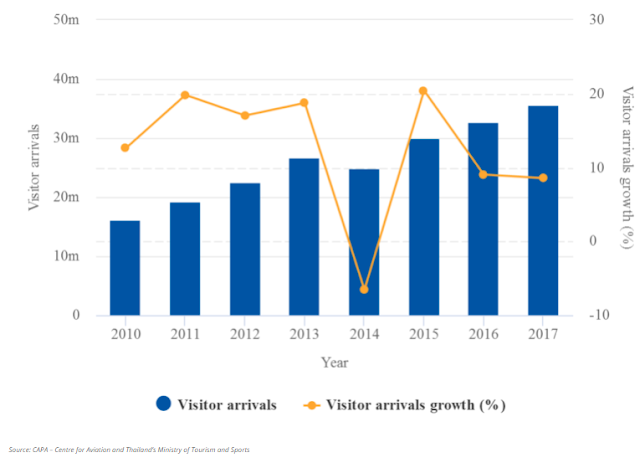 It is interesting to note where the highest growth took place. The two Bangkok airports, including the main Suvarnabhumi Airport and Don Mueang Airport, grew by 8.9% and 8.8% respectively.

Chiang Mai Airport, in the north of the country, and another tourist magnet like Bangkok, grew by 8.3%.

But Phuket Airport, in the south of the country and a major tourist resort, saw growth of 11.6%, up to three percentage points higher. 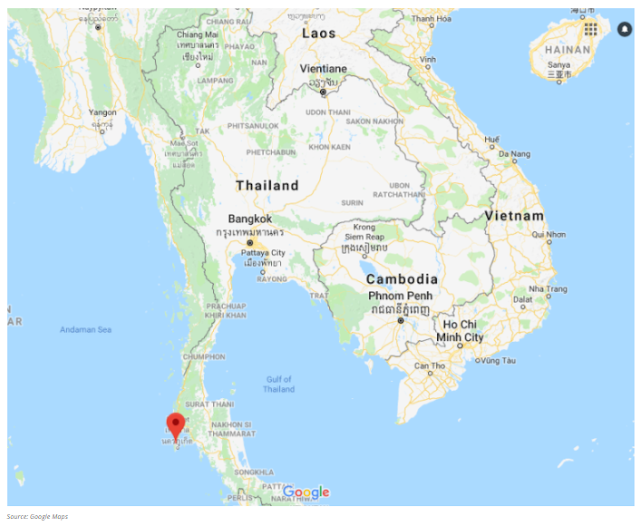 This suggests that Thailand is right to expand tourist resort airports in order to relieve pressure on the Bangkok airports, one of which at least (Suvarnabhumi) is severely constrained. When that airport opened in 2006 it did so at its capacity level of 45 million ppa. Since then there has been a first stage of expansion and a second has commenced, with a third in the offing, which will add a new terminal and runway. The total cost of actual and projected works runs to USD2.5 billion and will raise capacity to 90 million ppa by 2020.

Passenger numbers were almost 61 million in 2017 and it is safe to say that if Don Mueang (38.3 million passengers in 2017, over 15 times higher than it was in 2009) had not been reopened to commercial flights then Suvarnabhumi would have come to a total standstill, or flights would have had to be diverted to remoter locations.

The government’s understanding of the situation is evident in its decision to expand Utapao Rayong-Pattaya International Airport to handle international services, expand MRO facilities and increase capacity to 60 million passengers per annum, in order to relieve the load on the Bangkok airports. Pattaya and nearby resorts are amongst the closest to Bangkok though they are still 150 km distant. The vast majority of international tourist traffic comes through Bangkok. While over 35 million tourists visited Thailand in 2017 it is expected that as many as 15 million of them, led by Chinese, Indian and Russian residents, will have visited Pattaya. 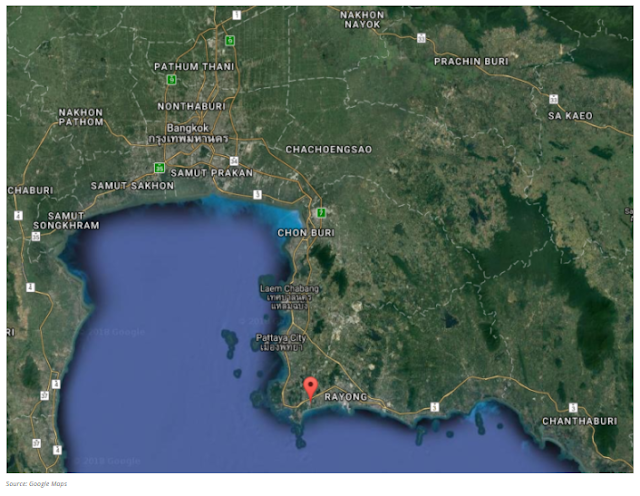 That despite a narrowing of the main tourist season there and allegations in the local press that Pattaya’s infamous adult tourist industry may have become too expensive for “the average Joe”.

The Utapao (also printed as U-Tapao) airport, which was previously a naval base and which is now a joint civil-military facility, is undergoing a THB310 billion (USD9.9 billion) expansion project that includes an ‘aerocity’ development and which is scheduled to be completed by 2021. According to the CAPA Airport Construction Database, outlay on a new terminal, and development of a two-runway system, runs to USD450 million. The terminal is partially open though full formal opening has been delayed pending the installation of remaining aero bridges and improvement of the flow layout.

The projects are being carried out under the government’s public-private partnership programme.

Furthermore, USD6.3 billion was allocated in 2017 to develop the rail link between Bangkok Don Mueang Airport, Bangkok Suvarnabhumi International Airport and Utapao Airport, further cementing Utapao as a ‘Bangkok airport’ as it was in 2008 when many flights were diverted there as the Bangkok airports were closed by political demonstrations.

That project is explained in detail in the Air-Rail Report, 2017, https://centreforaviation.com/shop/air-rail-report

Traffic figures for the Utapao airport are not available but it is known that annual seat capacity rose from 102,000 in 2014 to 1.37 million in 2017. The largest airline is Thai AirAsia but Qatar Airways, often the first mover into secondary airports like this when it spots international sixth freedom opportunities, now has over 5% of capacity while Hainan Airlines also flies directly into Utapao. 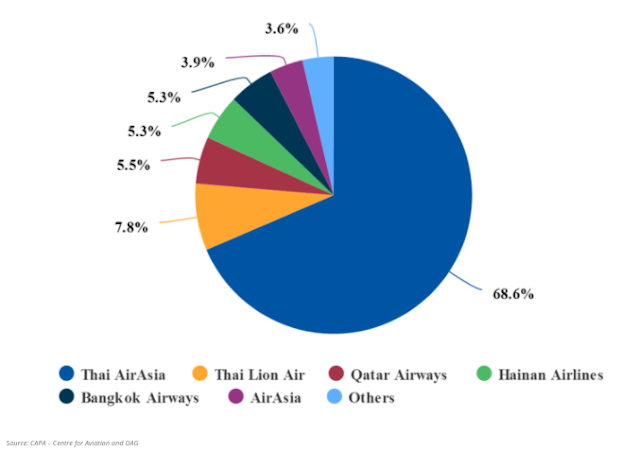