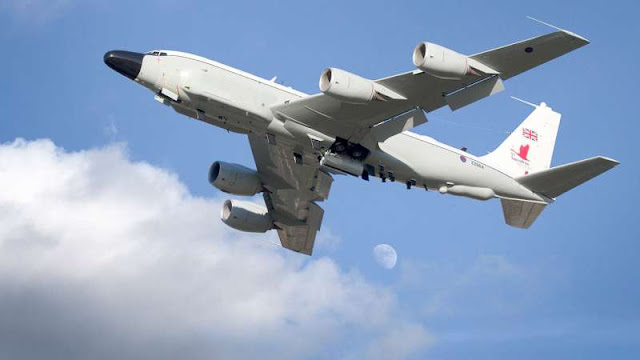 The Royal Air Force has declared the full operational capability for the RC-135 Airseeker/Rivet Joint ahead of schedule.

The Airseeker capability comprises the RC-135W Rivet Joint aircraft and a ground-based analysis unit.  It was initiated to replace the Nimrod R1 which retired in 2011 and to sustain the UK Airborne Electronic Surveillance capability against an evolving target set to 2035.

“The Royal Air Force's Airseeker/Rivet Joint system has achieved full operational capability. A vital part of our ISTAR Force, it provides critical information and understanding to decision-makers in an increasingly complex, congested and contested battlespace. It offers essential support not only to air power operations but also to every aspect of joint capability across Defence, and in concert with our allies.”

The Airseeker Capability is already proven operationally, supporting efforts against Daesh in the Middle East whilst also contributing to the RAF’s wider ISTAR Force which includes Sentry, Shadow, Sentinel and Reaper in addition to the reconnaissance capabilities of RAF fighter aircraft.

“Airseeker complements the wide-range of Intelligence, Surveillance, Target Acquisition and Reconnaissance (ISTAR) assets under my command at RAF Waddington, and I am pleased to welcome this world-leading capability to the ISTAR Fleet.  I continue to be impressed by what Airseeker and the personnel who operate and support is provided to Defence, and I look forward to it contributing on an increasingly enduring scale in the future.”

Delivery of the Airseeker Programme has been a collaborative effort with close cooperation with US partners including L-3 Mission Integration in Greenville, Texas, who converted KC-135 air-air refuelling aircraft to RC-135 standard.  In addition to the aircraft, the US Government has also provided ground infrastructure, training of personnel and ground support systems.

“This FOC declaration, and with it the culmination of the Airseeker delivery programme, is a proud moment and is a testament to the diligence, initiative and collaborative approach of the whole Airseeker Team.  The recent presentation of a Min (DP) Acquisition award is fitting recognition for all those who have been involved with the Airseeker Programme.”

The third of three aircraft arrived at RAF Waddington, Lincs last year and with full operational capability being declared the fleet is now deployable in support of national and coalition tasking. 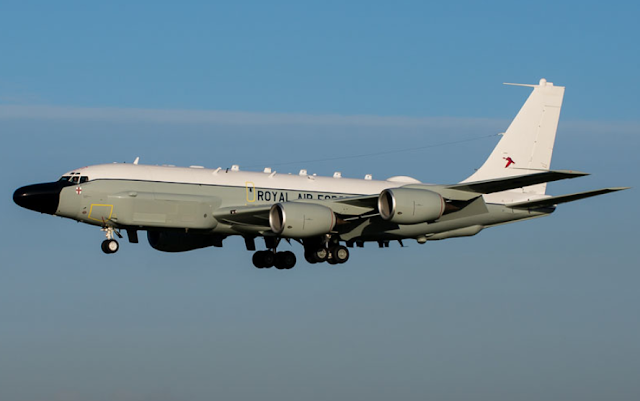 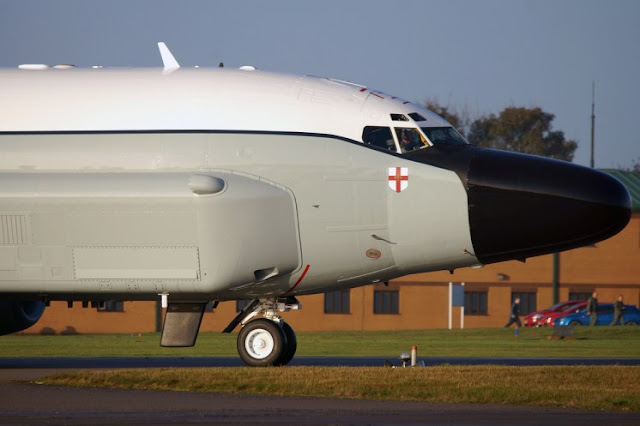 
The aircraft is an extensively modified C-135. The Rivet Joint's modifications are primarily related to its on-board sensor suite, which allows the mission crew to detect, identify and geolocate signals throughout the electromagnetic spectrum. The mission crew can then forward gathered information in a variety of formats to a wide range of consumers via Rivet Joint's extensive communications suite.

The Rivet Joint fleet was re-engined with CFM-56 engines with an upgraded flight deck instrumentation and navigational systems to FAA/ICAO standards. These standards include conversion from analog readouts to a digital "glass cockpit" configuration.

All Rivet Joint airframe and mission systems modifications are overseen by L-3 Communications (previously Raytheon), under the oversight of Air Force Materiel Command.

The current RC-135 fleet is the latest iteration of modifications to this pool of -135 aircraft going back to 1962. Initially employed by Strategic Air Command to satisfy nationally tasked intelligence collection requirements, the RC-135 fleet has also participated in every sizable armed conflict involving U.S. assets during its tenure.

All RC-135s are assigned to Air Combat Command. The RC-135 is permanently based at Offutt Air Force Base, Neb., and operated by the 55th Wing, using various forward deployment locations worldwide. More recently, RC-135s have also supported Operation Allied Force in Kosovo, and Operation Odyssey Dawn/Unified Protector in Libya