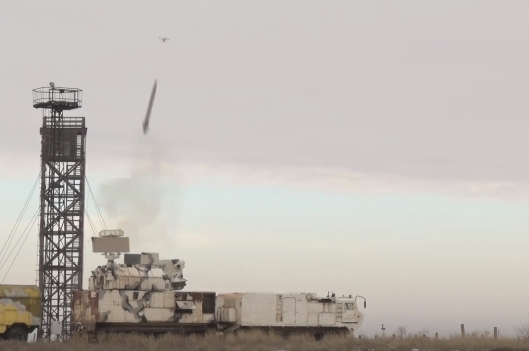 The testing of the Tor-M2DT Arctic Short-Range Air Defense (SHORAD) system took place in conditions of active jamming, with the air targets mimicking the behavior of enemy air units.

The system is now set to go on to climate testing in the Arctic, where it is expected to be able to operate in temperatures of —50 Celsius. If all goes to plan, the Tor-M2DT will enter mass production and be adopted by the Russian military later this year.

The Tor-M2DT, mounted on a DT-30 all-terrain vehicle, was first showcased at last year's Victory Day parade in Moscow, and is an advanced short-range SAM system designed to defend military and civilian facilities against enemy air, cruise missile and UAV attacks.

The system is capable of detecting over 40 air targets, and to track and engage up to four of them simultaneously at a range of up to 12 km and altitudes up to 10 km with its 16 missiles. A modification and upgrade of the Tor missile system introduced in the late 1980s, the Tor-M2DT was developed by the Izhevsk Electromechanical Plant, a subsidiary of Almaz-Antey. Testing of the Tor-M2 system at Kapustin Yar last month confirmed that the system has a 100% target lockon and destruction rate over 30 test launches.