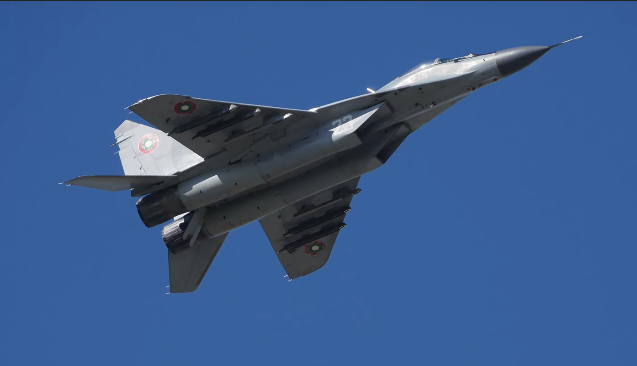 SOFIA (Reuters) - Bulgaria could eventually be in the market for up to 10 new or used fighter jets to replace its ageing Soviet-designed MiG-29s, Defence Minister Krasimir Karakachanov said on Tuesday.

NATO has encouraged its eastern members, such as Bulgaria which joined in 2004, to develop, buy and operate new alliance weaponry compatible with older Soviet-era systems.

But the question of which warplanes to buy has been vexing successive governments in Bulgaria for more than a decade, and Karakachanov said it could opt for more than the eight aircraft laid down in a plan approved by parliament in 2016 but never implemented.

“We have made a change,” Karakachanov said. “We have written a minimum of eight in the new project. There are options, when negotiating, for the number to be 8, 9 or 10.”

Karakachanov, who is also Deputy Prime Minister, did not say which aircraft the government should consider. “I will not go into the details of the conversations that we have held in advance or what kind of proposals we have received,” he said.

Some eastern European NATO allies that were once Soviet satellites still rely on Russian warplanes - two-thirds of Poland’s military equipment dates from the Soviet era, for example.

Under the 2016 plan, Bulgaria was supposed to acquire the eight jets between 2018 and 2020 in a 1.5 billion lev ($923 million) deal to improve its compliance with NATO standards.

The process, however, hit procedural snags and is expected to start almost from scratch at a government meeting next week.

In June last year Sofia said it would start talks to buy new Gripen warplanes from Swedish manufacturer Saab but the purchase was put on hold after lawmakers questioned if all bidders for the contract had been treated equally.

Three months later Prime Minister Boyko Borissov also expressed doubt that the Gripen was the best choice, although he had initially told his Swedish counterpart that negotiations on buying them would proceed within weeks.


The only choice for that kind of budget is either second hand F-16s or Gripens, Eurofighter operating expense would bankrupt them