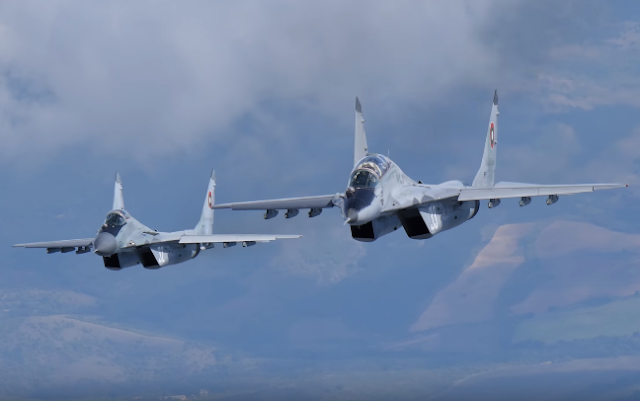 
Bulgaria's parliament on June 8 approved a plan to spend about $2 billion (1.6 billion euros) to purchase 150 combat vehicles and 16 new or used fighter jets to replace its aging Soviet-designed MiG-29s.

Problems with Bulgaria's fleet of 15 Soviet aircraft have raised safety concerns among the country's military pilots, who refused to fly in a training operation last October in a bid to speed up the new acquisitions.

The air force has said just seven of the MiGs are in good flying order.

Bulgaria joined NATO in 2004, but the question of which warplanes to buy to replace the MiGs has vexed successive governments for more than a decade.

NATO has encouraged its eastern members to develop or buy new equipment from Western alliance members that is compatible with their older Soviet-era systems.

Some eastern European NATO members that were once Soviet satellites still rely on Russian-made military jets. Two-thirds of Poland's military equipment dates from the pre-1991 Soviet era, for example.

Sofia has said it will call for bids to replace its MiGs with aircraft from the United States, Portugal, Italy, France, Sweden, and Israel.

Under the plan approved by 151 to 7 in the 240-seat parliament, Sofia would acquire the jets in two stages to improve its compliance with NATO standards.

Some $1 billion will cover the cost of the first eight aircraft, as well as team training and initial logistics support.

The Balkan country would also spend about $1 billion on armored vehicles for three infantry battalion groups, including equipment and training.

Based on reporting by Reuters and AFP