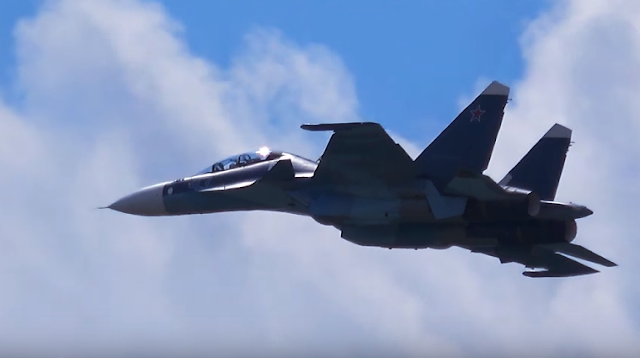 
In June, the Naval Aviation of the Russian Navy will include two multi-purpose Su-30SM aircraft. It is planned that the aircraft will be included in the naval aviation of the Baltic Fleet. Source:  Минобороны России 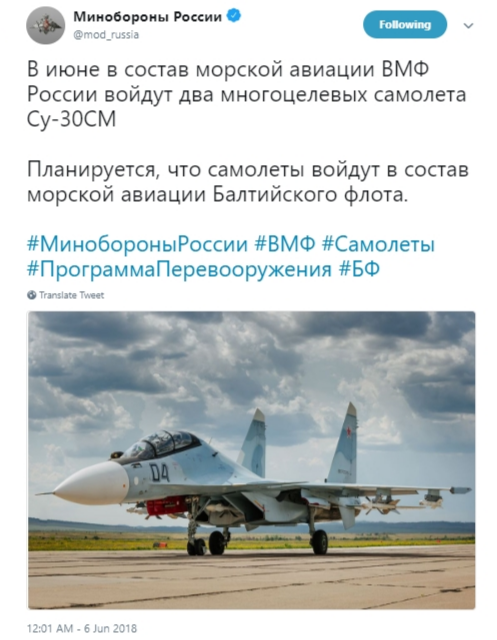 Within the Attack Aviation rearmament programme of the RF Defence Ministry and the Navy High Command, the Naval Air Force will receive two Su-30SM multipurpose multifunctional aircraft in June this year. The commissioning ceremony will take place at the Irkutsk Aviation Plant airfield.

The aircraft are planned to enter the Baltic Fleet Naval Aviation. The PJSC Irkut Corporation as the state defence order’s lead executor provides the series production of highly manoeuvrable multipurpose fighters Su-30SM. The aircraft has been developed by the Sukhoi Design Bureau, and is being produced at the Irkutsk Aviation Plant (Branch of JSC Irkut Corporation).