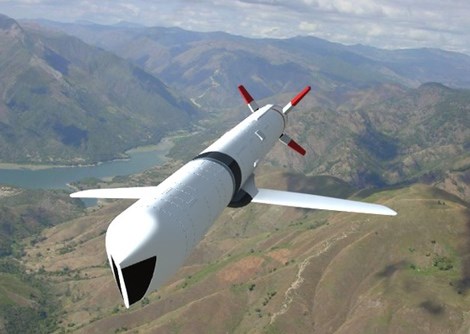 April 11 (UPI) -- Boeing has been awarded a contract by the U.S. Navy for standoff land attack missiles to support Saudi Arabia.

The deal, announced Tuesday by the Department of Defense, is valued at more than $64 million under the terms of a cost-plus-incentive-fee contract.

The agreement enables Boeing to "restart" the AGM-84 Standoff Land Attack Missile production line and expand the production process to the benefit of Saudi Arabia, said a Pentagon press release.

Additionally, the contract calls for a redesign of obsolete or nearly obsolete products in order to streamline new advances and future sustainment.

Work on the contract will occur in St. Charles, Mo., and other locations in the United States.

The Pentagon says the contract is expected to be complete in March 2019.

The total amount of the contract will be obligated to Boeing at time of award from foreign military sales funds, which will not expire at the end of the current fiscal year.

The AGM-84H SLAM ER (Expanded Response) is an upgraded version of the combat-proven land attack SLAM missile. The SLAM ER missile features an extended range an improved aerodynamic performance thanks to the use of planar wings. A new warhead has been provided to the SLAM ER missile for better penetration of hardened targets.

The data link provided to the SLAM ER missile allows pilot to update the target in the terminal phase of the flight. In fact, the pilot can engage a target even if it has no relevant IR signature and reducing collateral damage. The software of the SLAM missile has also been upgraded. 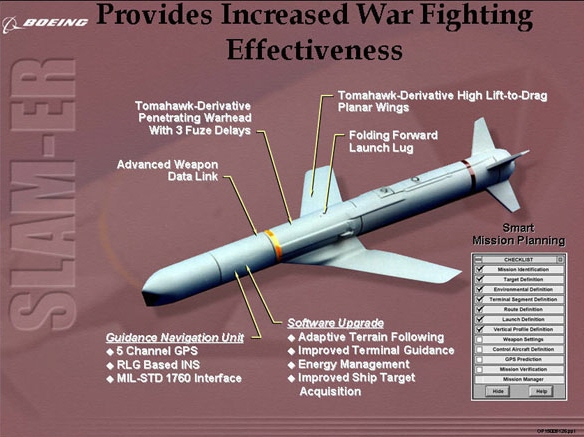