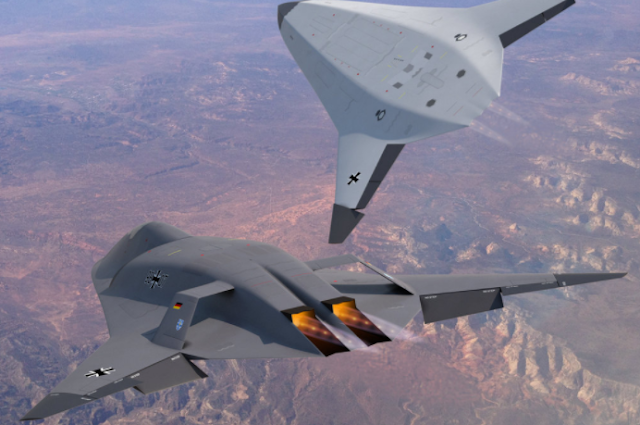 
Airbus SE Chief Executive Officer Tom Enders sketched out the company’s plans for the next generation of European fighter aircraft and warned that Brexit means the U.K. could miss out on future production.

Airbus’s German operation is working with French warplane specialist Dassault Aviation SA on a fighter platform involving a range of aerial products, including drones and “swarms” of small aircraft, Enders said in an interview Tuesday.

“We’re not talking about ‘a’ military aircraft,” he said in Berlin. “We’re talking about a system of military-combat airborne elements. It’s a different system.” It’s not even clear whether there will be role for a piloted plane, the CEO added, saying that depends on requirements specified by the French and German governments.

The project represents a threat to Britain’s position at the heart of warplane development as negotiations continue on terms for the country’s exit from the European Union. Airbus has historically worked with London-based BAE Systems Plc in combat jets, with the companies partnered on the Eurofighter Typhoon and Dassault producing the rival Rafale.

Enders said that any Brexit settlement that renders Airbus’s U.K. operations less competitive would pose a bigger threat to new projects than to current work, given the cost of relocating production facilities.

“I do not see that we can pick it up and do it somewhere else,” he said. “But of course, future activities, future production, future developments, those are up for discussion.” Airbus is meanwhile in talks with suppliers about measures -- including the stockpiling of components -- to help sustain deliveries in the event of a transition-less Brexit leading to border delays.

Airbus has previously questioned BAE’s commitment to pan-European defense initiatives in light of the company’s involvement with U.S.-based Lockheed Martin Corp.’s F-35 fighter, the world’s biggest warplane program, on which it has a 15 percent work-share.

The involvement of Dassault also ups the ante, since the French company has proven design capabilities that could allow it to fulfill BAE’s current role.

The U.K.’s high defense budget might still guarantee BAE a central role in fighter development. Defense Secretary Gavin Williamson has said that a new combat air strategy being developed by the government will aim to secure that status. Contracts won by BAE have also been crucial in sustaining Eurofighter production, most recently in the form of a 48-plane deal for which Saudi Arabia signed a memorandum of understanding in March.