Another project 03160 "Raptor" was launched in St. Petersburg 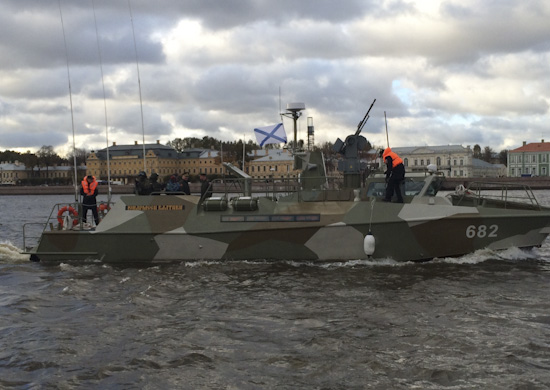 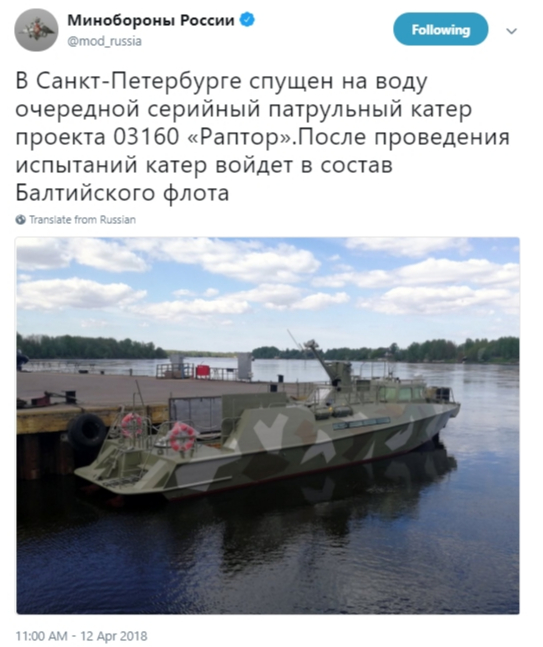 In St. Petersburg another serial patrol boat of the project 03160 "Raptor" was launched. After the tests the boat will be part of the Baltic Fleet. Source: Минобороны России

The patrol boat Project 03160 Raptor has been floated out at the Pella shipbuilding plant in St. Petersburg.

After the sea trials, the vessel will join the Baltic Fleet.

The patrol boat Project 03160 is built at the Pella Plant in the interests of the Navy to patrol assigned maritime zones. She is high-maneuverable and equipped with efficient armament. Source: mil.ru