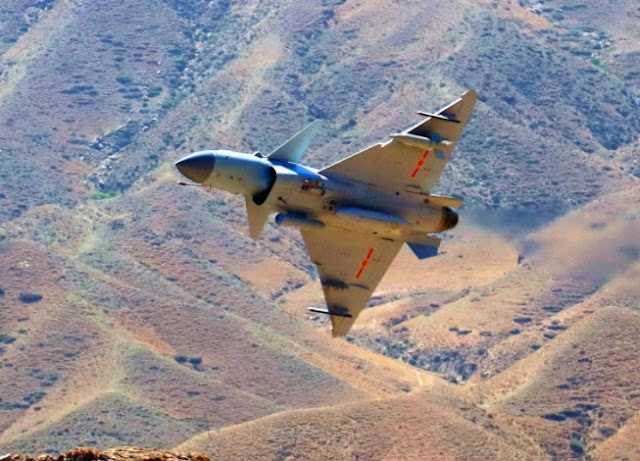 File photo shows a J-10C fighter jet flies through a valley during a flight training exercise. The lightweight, semi-stealth, single-engine, multi-role fighter jets J-10C of the Chinese PLA Air Force have been put into real combat roles, which marks an improvement in the combat and defense capabilities of the Chinese Air Force, according a statement of the Air Force on April 16, 2018. (english.chinamil.com.cn/ Photo by Xi Bobo)

Equipped with an advanced avionics system and various airborne weapons, the domestically-developed fighter has airstrike capabilities within medium and close range and is capable of precisely striking land and maritime targets, the air force said in a statement.

It is China's third-generation supersonic fighter and made its debut when the PLA marked its 90th anniversary in July 2017 at Zhurihe military training base in Inner Mongolia Autonomous Region.

The fighter will enrich the air force's offensive and defensive system and improve its capability to fulfill duties and missions, according to the statement.

Shen Jinke, a spokesperson for the PLA air force, said that the air force will advance training and war readiness, and sharpen its striking, defensive, and air delivery capabilities.