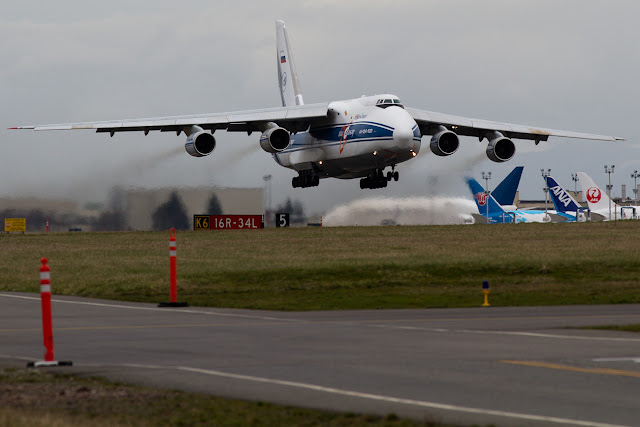 Two Antonov 124-100 aircraft, one each from Moscow-based Volga-Dnepr and Antonov SALIS, a subsidiary of Ukraines' Antonov Group, have been permanently stationed at Germany's Leipzig/Halle airport since March 2006 as part of the SALIS Project.

More aircraft are also made available at short notice, when required, to provide airlift for EU and NATO countries. A source confirmed that Antonov SALIS remains part of the military airlift project.

A spokesperson for NATO said: "SALIS is not a NATO contract but an initiative of a multinational consortium of 10 countries."

However, Germany's defence ministry confirmed the Volga-Dnepr decision to a Leipzig-based newspaper. There have also been other reports of the move in trade press articles.

Volga-Dnepr has been approached for comment on the Salis decision and a statement is awaited.

On its website, the carrier states: "Volga-Dnepr Airlines’ services were chosen following an international tender for air transportation support of anti-terrorist, peacekeeping and humanitarian operations. At present, 17 Western European countries and Canada participate in the SALIS project.

"In October 2006, a modern maintenance base for the An-124-100 transport aircraft was established in Leipzig, Germany, to support the SALIS project and ensure the contract terms for service and reliability are consistently fulfilled.

"Volga-Dnepr Airlines fulfils the requirements of its SALIS contract through Ruslan SALIS GmbH, which it registered in 2004 in Leipzig, Germany." 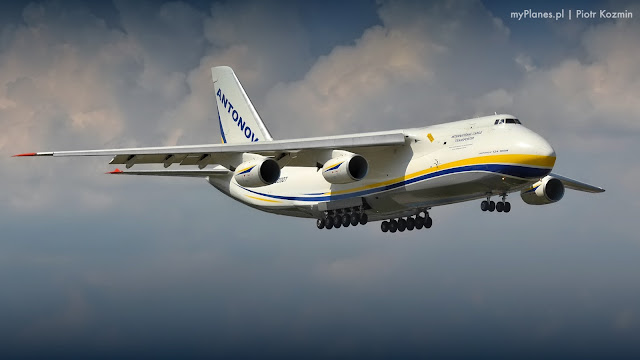 The An-124 Ruslan (Nato reporting name Condor), designed by the Antonov ASTC, based in Kiev, Ukraine, is a very large cargo transport aircraft. It is manufactured by Aviant State Aviation Plant, Kiev, and Aviastar, Ulyanovsk, Russia.

The Ruslan is designed for long-range delivery and air dropping of heavy and large size cargo, including machines, equipment and troops. The development of the first AN-124 airframe commenced in 1979. The An-124 completed its maiden flight in December 1982 and entered service in January 1986. The aircraft was first showcased at the Paris Air Show in 1985. It was accredited with civil certification in 1992. Around 60 aircraft have were built. The Russian Army operates 25 An-124 aircraft. Source: airforce-technology.com 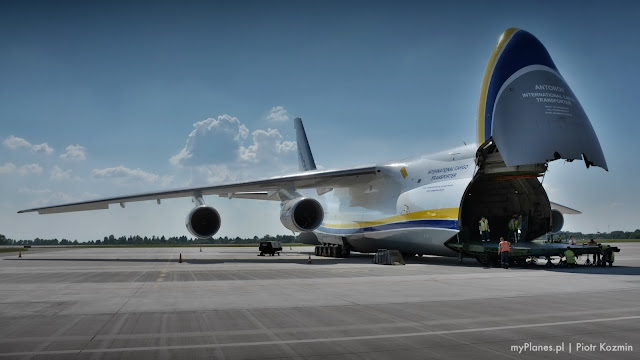 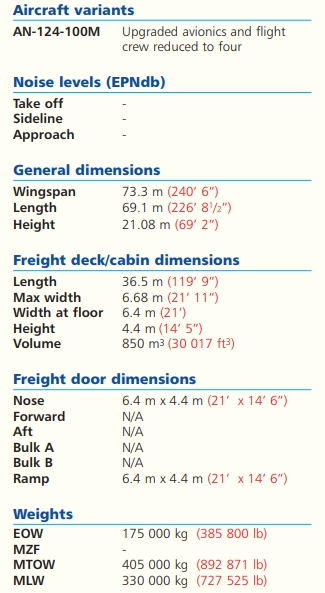 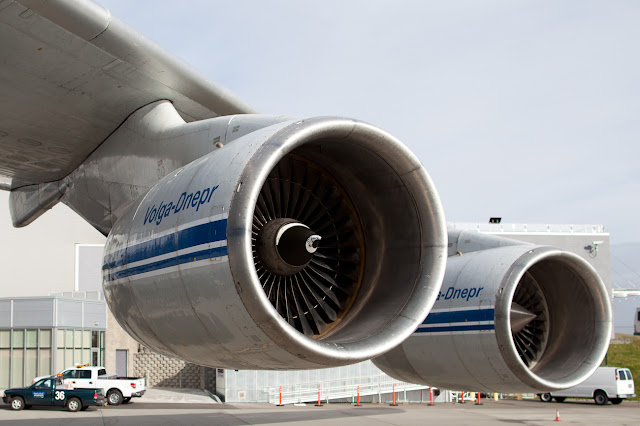 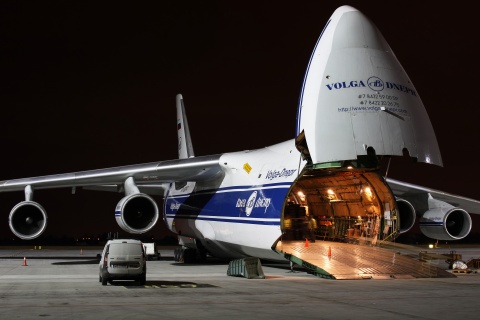 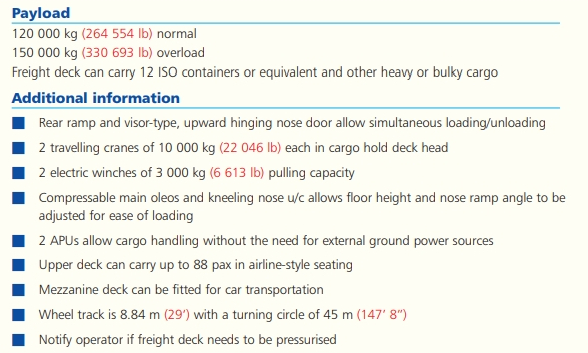 Source: azfreighters.com
Posted by Nawapon at 19:33