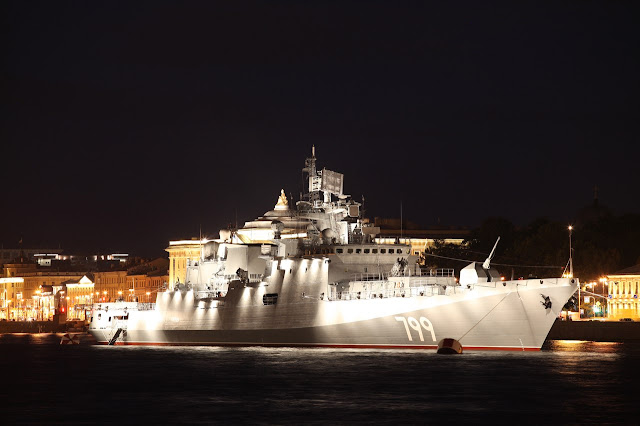 
The first two frigates will be built at Russia’s Yantar Shipyard on the Baltic coast and the other two at an Indian shipyard, according to the source

MOSCOW, April 17. /TASS/. Russia and India are set to sign a contract on the construction of four Project 11356 frigates under a "two plus two" formula" in June this year, a source in diplomatic and military circles told TASS on Tuesday.

"In June, a package contract is expected to be signed with India on the construction of four Project 11356 ships," the source said, adding that the document stipulated building frigates "under a two plus two formula:" the first two at Russia’s Yantar Shipyard on the Baltic coast and the other two at an Indian shipyard.

Russia’s Federal Service for Military and Technical Cooperation and the state arms seller Rosoboronexport declined to comment on this information for TASS.

As the source also noted, the hulls of Project 11356 frigates available at the Yantar Shipyard would not be used for implementing the contract and "the warships will be completely new."

The ongoing negotiations with the Indian side "are aimed at settling all the issues, including the price of the frigates’ construction."

The source did not specify the expected timeframe of the contract’s fulfillment. The source also declined to specify the propulsion units that would be mounted on Indian frigates - either the power units developed at Russia’s Saturn manufacturer or engines ordered by India from Ukraine’s Zorya-Mashproekt enterprise.

In India, the frigates may be built at the Goa Shipyard Limited. As part of the Defexpo-2018 arms exhibition held in India’s Chennai, the company’s advertising materials indicated that the commencement of the frigates’ construction was expected in mid-2020. Russia earlier built six such warships (Talwar-class frigates) for India.

Russia-India negotiations under the contract

Negotiations are currently underway on the delivery of four Project 11356 frigates to India. Director for International Cooperation and Regional Policy at Russia’s state hi-tech corporation Rostec Viktor Kladov earlier said the planned contract would be implemented under the ‘two plus two formula’ where two frigates were expected to be built in Russia and delivered ready-made to India while the other two warships would be built by the Indian shipbuilding industry at one of national shipyards.

Three hulls of warships laid down in Kaliningrad for the Russian Black Sea Fleet were earlier intended to be used for the construction of Indian frigates. However, Russian Navy Deputy Commander-in-Chief Viktor Bursuk later said these frigates will be built in the interests of Russia’s Navy.

Related articles:
Indian Navy to buy four Russian frigates for $3 bn
Two frigates of the second series of the project 11356 will finish building for India