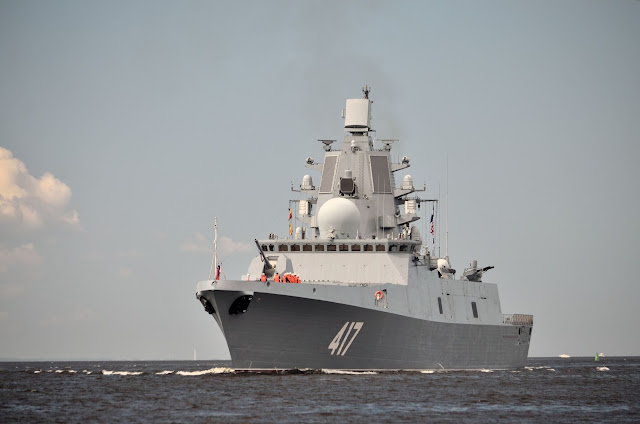 
The Navy can get the frigate Admiral Gorshkov in June

Earlier it was reported that the frigate "Adimral Gorshkov" would be handed over to the fleet at the end of summer due to the ongoing tests of anti-aircraft missile weapons.
The frigate "Admiral Gorshkov" can be transferred to the Navy in June, Interfax reports with reference to the head of the United Shipbuilding Corporation Alexei Rakhmanov.

"I think until the end of June. Already now it is clear more or less. We hope, "Rakhmanov said.

Project frigates 22350 are multipurpose ships of the far sea zone, being built for the rearmament of the Russian Navy.

At the moment, two frigates, Admiral Kasatonov Fleet and Admiral of the Fleet of the Soviet Union Gorshkov, have been launched. The latter passes state tests. The armament of the ships is made up of rockets of the RK P-800 "Onyx" and "Caliber-NK".