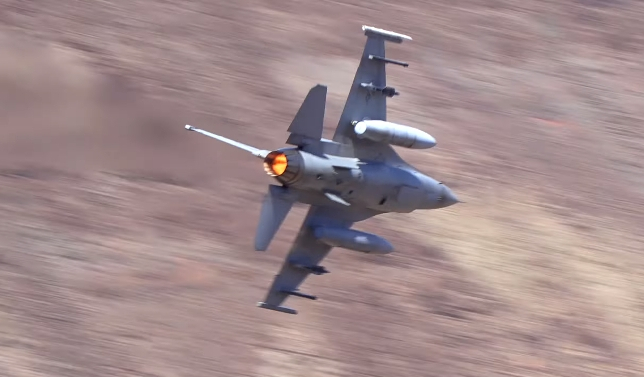 American defense contractor Lockheed Martin is sweetening a potential deal with India, offering to fork over the latest fighter jet technologies in a bid for the world’s largest aircraft order. India is seeking proposals for a total 110 aircraft, totaling a reported minimum of US$15 billion.

Advanced radar fitted on their fifth-generation F-35 combat jets will be offered on the F-16 jets, Lockheed vice-president Vivek Lall said in an interview reported by Bloomberg.

“There are a lot of technologies that come into the F-16 from F-35 and F-22, including the latest radar on these platforms,” Lall said. “It is a contemporary, state-of-the-art platform.”

The bid also reportedly comes with an offer to move the F-16s only production line, currently based in Fort Worth, Texas, to India.

Lockheed sees huge potential for the company’s business in India, plans for which dovetail with Prime Minister Narendra Modi’s “Made in India” campaign.

“Potentially, India could emerge as a manufacturing hub for F-16. Just as the aviation industry has grown in Turkey over the years for F-16 and fighter planes, there is potential for India to become a major hub for F-16s,” according to John Losinger of Lockheed’s Integrated Fighter Group Communications. “The beauty of F-16 is it could potentially put India in the large global supplies chain. But the outcome depends on the Government procurement decision,” he was quoted as saying in The Hindu Business Line.

“Defence procurement world over is a long process and India is no exception,” Chief Executive of Lockheed’s India unit, Phil Shaw, said. “However, the quicker the orders come the better […] These defence deals have potential to strengthen business back home while also creating new jobs in the US and India,” Shaw said.

Related articles:
The fighter for India’s future: Going back to the beginning
Saab JAS 39 Gripen E is still the favoured choice in IAF's latest fighter contest

Sweden, India agree to strengthen cooperation on defence
India asked global companies to submit proposals for 110 fighter jets worth $15 Billion
F-16 jets give India a unique opportunity to be at the centre of the world’s largest fighter aircraft ecosystem
IAF commits to 324 Tejas fighters, provided a good Mark-II jet is delivered