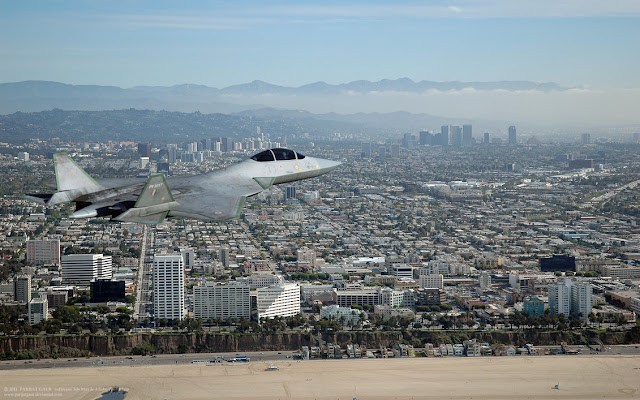 
India did not abandon the fifth-generation joint aircraft with Russia

Chennai / India /, 13 April. / TASS /. India has not refused a joint project with Russia to build a fifth-generation FGFA (Fifth Generation Fighter Aircraft) aircraft, the parties are waiting for New Delhi's decision on a ready-made contract. This was announced on Friday by Russian journalists at the exhibition Defexpo-2018, deputy head of the Federal Service for Military-Technical Cooperation (FSMTC) Vladimir Drozhzhov.

"The contract for experimental design is ready, we expect the political decision of the Indian side." As for information on the refusal (which appeared in the Indian media - TASS), we did not receive such from our Indian partners, "said Drozhzhov.

"During our meetings, which we hold at all levels, we are reporting on our readiness to sign [this contract]." The Indian side says: "Yes, certain approval procedures are in progress, a final political decision is expected." So far, no declarations of rejection of the project came, "- added the head of the Russian delegation.

He stressed that the cost and volume of technologies transferred to the Indian side have already been fully discussed, the contract is fully ready.

The agreement on the FGFA project was signed in 2007. Fighter of the fifth generation (FGFA) is developed on the basis of the Russian Su-57 in accordance with the technical requirements of the Indian side. It is assumed that the initial customer of this aircraft will be the Indian Air Force, and in the future it will be supplied to third countries.

Related articles:
Sukhoi Su-57: Will India Join the Program?
Could Russia Design a Fifth-Generation Variant of the Su-35 for India?
Indian Aerospace Behemoth Reveals Why Indo-Russia FGFA is Most Feasible
Sukhoi manufacturing plant can roll out fifth-generation fighter jet: HAL
Russian-Indian development of 5th-generation fighter jet goes according to plan