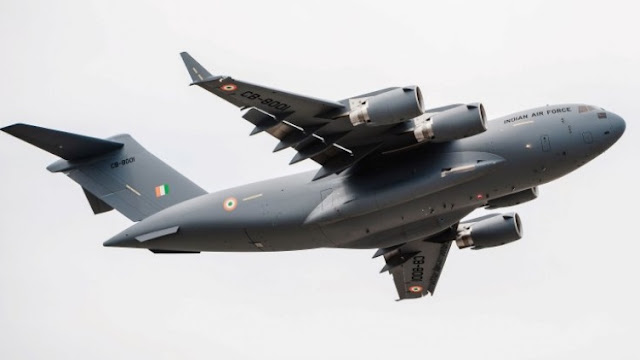 
Boeing has signed a contract  of  worth US $ 262 million with India to deliver its last C-17 Globemaster III strategic airlifter to India.

The production line at Long Beach, California is closed now. The ‘Buddha’ as the aircraft is fondly called will join the 10 C-17s already fielded by the IAF by 22 August 2019.

This contract follows US State Department approval of the sale, which the Defense Security and Cooperation Agency (DSCA) had originally put at USD336.2 million.

As with all the other operators of the C-17, the IAF’s fleet is supported by Boeing via its Globemaster III Integrated Sustainment Program (GISP) performance-based logistics contract. This ‘virtual fleet’ enables international customers to tap into the US Air Force’s (USAF’s) vast support infrastructure. It is likely that a large percentage of the value of this proposed Indian sale is related to the aircraft’s through-life sustainment and support through the GISP programme

Boeing C-17 Globemaster III is a military transport aircraft used for  tactical and strategic airlift missions, transporting troops and cargo throughout the world.


Wow they got a discount!

"The US Defense Security and Cooperation Agency (DSCA) said that the State Department has approved the sale to India of the final C-17 for USD336.2 million. The proposed deal, which still needs to be approved by Congress, covers equipment as well as sustainment and support in addition to the aircraft. The Indian Air Force (IAF) already fields 10 C-17s that are flown by 81 Squadron out of Hindon Air Force Station, near Delhi."