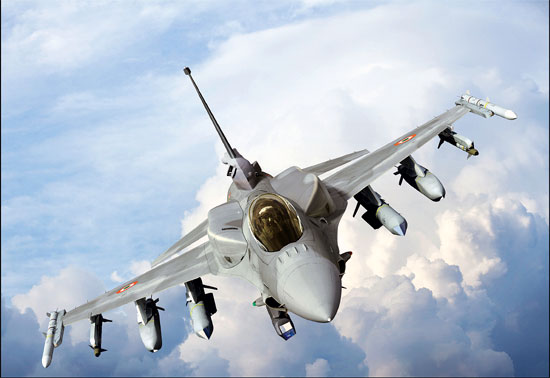 
As India continues to shop around to add new fighter jets into its air force, Lockheed Martin has said that it intends to create far more an F-16 ‘assembly line’ in India

Washington: F-16 jets give India a unique opportunity to be at the centre of the world’s largest fighter aircraft ecosystem and it is the only programme with proven performance to meet its operational needs and ‘Make in India’ priorities, according to an American defence company.

As India continues to shop around to add new fighter jets into its air force, Lockheed Martin, which is the world’s largest defence company which has offered to relocate its entire production line to India has said that it intends to create far more an F-16 “assembly line” in India.

“We plan to introduce two new words into the lexicon of international fighter aircraft manufacturing: “India” and “exclusive.” F-16 production in India will be exclusive—something that has never before been presented by any other fighter aircraft manufacturer, past or present,” Vivek Lall, vice president, Strategy and Business Development, Lockheed Martin told PTI in an interview.

“The F-16 gives Indian industry a unique opportunity to be at the centre of the world’s largest fighter aircraft ecosystem,” Lall said. “The F-16 provides unprecedented manufacturing, sustainment, upgrade and export opportunities to Indian industry well into the future. Only Lockheed Martin and its Indian partners can deliver the capabilities and industrial benefits to truly propel India’s military and defence industrial base into the future,” Lall said.

He has played a key role in some of the big ticket American military sales to India, including the General Atomics-built Guardian Predator Drones announced by the US last year. Known as a renowned global aerospace leader, Lall recently joined Lockheed after spending a few years in General Atomics.

“The success of the F-16—3,000 F-16s flying today with 25 leading air forces—is a testament to the cost-effective, combat-proven capabilities the F-16 delivers. That combination of cost and capabilities is why F-16 production opportunities today total more than 400 aircraft, including India,” he said.

Lockheed is offering F-16 Block 70, which is the most advanced version of the aircraft. “The F-16 continues to aerodynamically outperform its competitors and advanced technologies are continually integrated into the F-16. Block 70 mission systems are completely new and leverage technologies from the F-35,” Lall said.

The F-16 remains the backbone of the US Air Force, the world’s most capable air force, he said. Structural and avionic upgrades to the US F-16 fleet will extend service life to 2045, while the F-16 becomes even more capable as technology enhancements from the F-22 and F-35 are continuously integrated across all three platforms, he added.

Responding to a question, Lall said the offer from Lockheed is cost advantage for India. The single-engine F-16 has a 30-40% lower operation and maintenance cost per flying hour than twin-engine aircraft in its class, according to figures published by the Office of the Under Secretary of Defence, he said.

Notably the US Pacific Command Commander Admiral Harry Harris during his two recent Congressional testimonies have supported selling F-35 to India. “At the moment, India is considering a number of US systems for purchase, all of which USPACOM fully supports: the F-16 for India’s large single-engine, multi-role fighter acquisition programme, Harris told the Congressional committees last week.

F-16 IN : Affordability or American appeasement ? 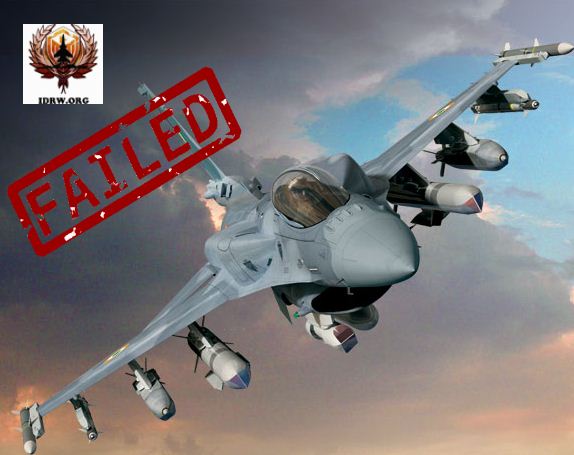 My Blood boils when I see Indian media reports that India might be ready to buy 90 legacy fighter jets like F-16 from Lockheed martin which flew nearly 40 years ago and has served with arch rival Pakistani air force for nearly 30 years .

for long general belief in Indian military planners for decades always has been that in a crisis situation, Particularly if it involves a Indo-Pakistan nuclear standpoint the US will be the first country to pull the plugs on the supply of parts and ammunition precisely when you need them the most .

Just to recap many readers , F-16IN or F-16 Block 70 whatever which was offered to India under MMRCA tender had failed miserable under technical criteria and had failed to meet IAF’s Air Staff Quality Requirements (ASQRs) set for MMRCA tender and probably was not even in Top 3 contenders out of 6 aircraft which had participated in MMRCA .

According to leaked MMRCA evaluation report, F-16 had failed in five critical areas, claims of which were never contested by Lockheed Martin which indirectly gave legitimacy to information provided in the leaked report , let’s relook into deficiency found in F-16 evaluated by India.

F-16 though is a matured fighter aircraft which over last four decades has been refined to meet technical challenges of current generation but it is also a fact that F-16 is unlikely to remain has a premier fighter jet for long since many of its operators are already planning to phase out this jet from their air force fleet and Lockheed Martin also failed to provide assurance against obsolescence over a 15 year period ,since IAF will obviously look to acquire an aircraft that would remain competitive over the next 30 years . Lockheed Martin not only failed to provide proper growth prospects or obsolescence assurance it also reported also failed to give assurance on 100 % Transfer of Technology (TOT) for the jets .

Deficiency in handling and turn rate

One of the odd deficiency identified by IAF on LM F-16 was that Conformal Fuel Tanks (CFT) equipped F-16s suffered on agility,turn rates ,thrust-to-weight ratios,handlings and in general aerodynamic performance . Since CFTs, unlike drop tanks, cannot be jettisoned in mid-air CFT equipped F-16 offered less manoeuvrability in within visual (WVR) Dogfights which was one of critical IAF’s parameters set under MMRCA tender.

Other concern areas highlighted in the leaked report was that there was deficient in automatic sensing of external stores and failure to project such critical information projected into the cockpit . Another concern was that LM never made any attempts to provide provision or assurance to let India equip F-16s with Indian made weapons systems like Astra BVRAAM to its AESA Fire control radar which French have agreed to do with their Rafale fighter jets .


Conclusion : if affordability is all Defence Ministry is looking for then Russian offer of Mig-35 would have brought affordability to the table and could have also saved India precious foreign exchange which now we have to invest in building the additional infrastructure required to accommodate an American fighter jet which IAF in its history never operated. Source: idrw.org