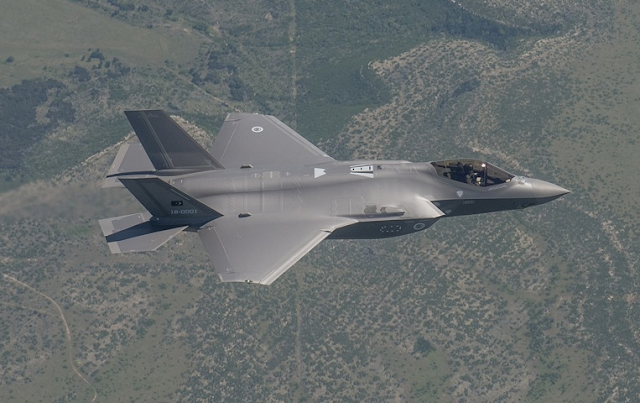 Turkey’s foreign minister Mevlüt Çavuşoğlu says in a TV interview that US president Donald Trump personally promised to ensure the delivery of the Lockheed Martin F-35A to his country.

Opposition from the US Senate, House of Representatives and State Department to the delivery of the F-35A to Turkey is putting the final delivery of the stealth fighter at risk. Lawmakers and government officials complain that Turkey’s decision to purchase the Russian-made Almaz-Antey S-400 Triumf anti-aircraft system, alleged human rights abuses and military decisions by the country’s president Recep Tayyip Erdoğan put the Middle Eastern nation out of line with US interests.

But, Trump told Turkey’s government that he would take the steps necessary to make sure the NATO ally received the aircraft it ordered from Lockheed Martin, according to the country’s foreign minister in an interview with Turkish television station NTV on 29 June.

The National Security Council confirmed that the US president spoke with Erdoğan, but declined to confirm or deny that the F-35 was part of the conversation.

"President Trump spoke to President Erdogan on June 26 to congratulate him on his reelection and to reaffirm the strong bonds between the United States and Turkey as NATO Allies and strategic partners," said the NSC. "The two leaders recommitted to efforts to resolve issues in the bilateral relationship and to increase cooperation in addressing shared strategic challenges."

In defence of Turkey’s decision to purchase the S-400 system, Çavuşoğlu pointed in his TV interview to the fact that NATO ally Greece has the Russian-made S-300 anti-aircraft system.

However, the S-400 system is one of the most advanced surface-to-air missile systems on the export market and is advertised by Rosoboronexport with an "anti-stealth range" up to 81nm (150km). Military analysts have voiced concern about the S-400 exposing vulnerabilities in the F-35 if both systems were possessed by a single nation, especially a country such as Turkey whose loyalty to US foreign policy goals has wavered in recent years.

Lockheed officially presented the F-35 to Turkish officials in a public ceremony on 21 June 2018 in Fort Worth, Texas. However, the country is not expected to receive the stealth fighter into its own airspace until 2020 as its pilots and maintainers train in the US on the aircraft in the meanwhile.

HIGHLY UNLIKELY: WHY ERDOGAN’S IDEA TO JOINTLY PRODUCE MISSILE SYSTEMS WITH RUSSIA IS STILLBORN
US Senate blocks F-35 sales to Turkey
Russia to complete delivery of S-400 missile systems for Turkey by May 2019
Turkey slams US demand to nix S-400 deal as ‘blackmail’
U.S. government is proceeding to deliver the first F-35 to Turkey on June 21
Congress split over F-35 sale to Turkey
Ankara says S-400s from Russia will not target NATO systems