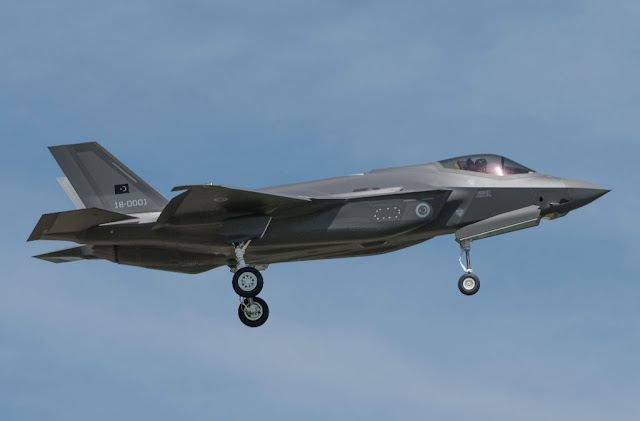 Sales of F-35 joint strike fighters to Turkey could be suspended for months under a final 2019 defense bill unveiled by Congress on Monday.

The Pentagon would be required to submit a report to lawmakers within 90 days on the relationship with Ankara, all its foreign weapons sales, and Turkey’s move to purchase an S-400 air defense system from Russia, before any more of the Lockheed Martin jets could be sold.

The move could put pressure on the NATO ally as lawmakers are riled by what they see as a slide toward authoritarianism under President Recep Tayyip Erdogan and a move toward Moscow.

The bill also specifically mentions the “unlawful” detention of U.S. pastor Andrew Brunson, a senior committee aide said. Brunson is imprisoned in Turkey on charges of terrorism that members of the Senate have called trumped-up.

The F-35 language and other details of the 2019 National Defense Authorization Act were unveiled to the press Monday.

The House is expected to vote on the massive policy bill this week and the Senate could take it up in early August.

Related articles:
Turkish pilots to begin training on their first two F-35 fighters but the jets themselves to remain in U.S. custody for now
Trump guarantees F-35 deliveries to Ankara
U.S. to sanction Turkey for receiving S-400 missiles
Turkey won’t give up S-400 deal with Russia, presidential spox Kalın says
Fighter Sale to Turkey Could Pit Trump Against Congress
Turkey takes delivery of first two F-35 fighter jets in US
HIGHLY UNLIKELY: WHY ERDOGAN’S IDEA TO JOINTLY PRODUCE MISSILE SYSTEMS WITH RUSSIA IS STILLBORN
US Senate blocks F-35 sales to Turkey
Russia to complete delivery of S-400 missile systems for Turkey by May 2019
Turkey slams US demand to nix S-400 deal as ‘blackmail’
U.S. government is proceeding to deliver the first F-35 to Turkey on June 21
Congress split over F-35 sale to Turkey
Ankara says S-400s from Russia will not target NATO systems