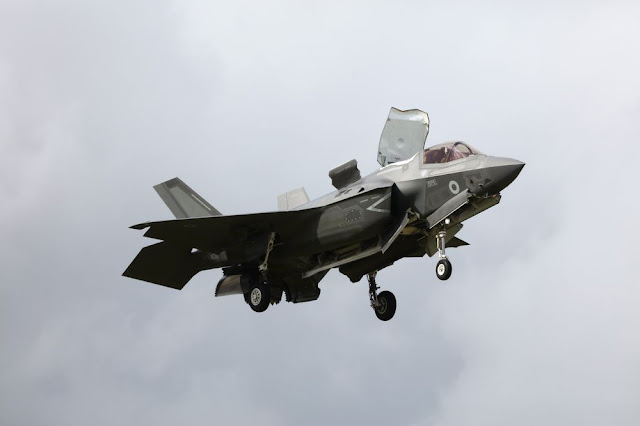 The Pentagon’s estimated cost to develop and purchase Lockheed Martin Corp.’s F-35 jet, the costliest U.S. weapons program, has stabilized for now, according to a new report to Congress.

The total acquisition cost for the advanced fighter is projected at $406.1 billion, virtually unchanged from the $406.5 billion estimated last year, according to the Defense Department’s latest Selected Acquisition Report, which will be sent to Congress this week. The projections were obtained in advance by Bloomberg News.

Within the total -- which includes research, development and initial support such as spare parts and military construction -- the estimated cost to procure 2,456 U.S. aircraft has ticked down to $345.4 billion from $346.1 billion, or a 0.2 percent decline.

That’s good news for the F-35, which has wide support in Congress but a past marred by cost overruns. Last year, the annual acquisition report on major weapons estimated that costs would rise about 7 percent to $406.5 billion after several years of declining projections.

But the report to Congress doesn’t include as much as $11 billion that the Pentagon’s F-35 program manager told a House panel on March 7 that the Defense Department might need to spend in coming years to develop major software upgrades. Pentagon officials plan to meet in June to review the upgrade plan, including additional costs to procure the tweaked software.

The acquisition estimates are separate from a projection of about $1.1 trillion for long-term operations and support to keep the aircraft flying until 2070. Those costs have drawn the concern of the military services and Ellen Lord, the Pentagon’s top weapons buyer, who’s responsible for such “sustainment” expenditures.

Lockheed and its subcontractors are trying to improve production processes as the Pentagon plans major increases in the pace of F-35 purchases. Parts shortages, unavailable aircraft and lingering unresolved technical issues also must be resolved as the program soon ends its 17-year development phase. In September, the F-35 is due to begin as much as one year of rigorous combat testing that’s required by law.

— With assistance by Alexandre Tanzi