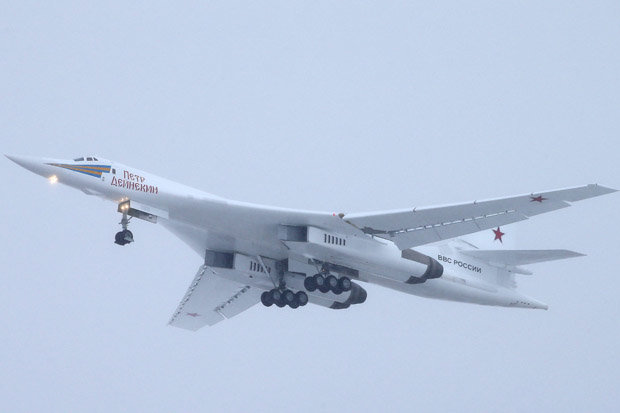 
The Ministry of Defense of Russia plans to upgrade the entire fleet of strategic bombers-missile carriers Tu-160. New aircraft will be purchased in the upgraded version of the Tu-160M2, the drillers will undergo a deep modernization to the same level.

- We will receive the updated "strategists" park approximately by 2030. The fuselage will have only the fuselage from the former: all on-board radio electronic equipment and engines will change. The new Tu-160 will become invisible to radars than its predecessor, due to special coatings, "said Deputy Defense Minister Yury Borisov at Samara's Kuznetsov plant, where they make engines for missile carriers.

In 2018, the military department will sign a contract with Kuznetsov to supply upgraded power plants NK-32, which will be equipped with Tu-160M2. Change engines and in combat aircraft - a new version of the engine is more economical and increases the range of flight per thousand kilometers. Serial deliveries of units will begin in 2021.

"The current production capacity to meet all our needs is not enough, therefore the Ministry of Industry and Trade and the United Engine-Building Company developed a plan to increase the capacity of the plant in about three-and-a-half times," RIA Novosti quotes Borisov.

In parallel with the modernization of the missile carriers, new types of weapons are being created for them.

"We cannot compare the Tu-160 with the Kh-55, X-555 and even X-101 missiles with an airplane, which we hope to receive in the series by the 1930s with new airborne weapons of completely different ranges," the deputy defense minister said. The combat effectiveness of the Tu-160M2 is 60 percent higher.

PJSC "Kuznetsov" is the leading Russian enterprise for development, production and servicing of aircraft and rocket engines. The engines for the long-range aircraft Tu-22M3 (NK-12), Tu-95 (NK-25) and Tu-160 (NK-32) have been created here. Based on the latter, a power plant is being developed for the long-range long-range missile carrier PAK-DA.