F-CK-1 Ching-kuo to get Upgrade for SEAD Role 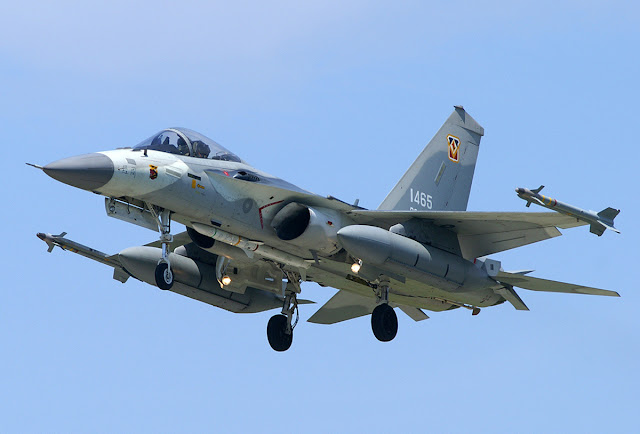 Known as the “Hsiang Zhan” program, the upgrade was carried out in two phases, the first of which was undertaken between 2009 and 2014 involving 71 IDFs from the 443rd Tactical Fighter Wing (TFW). Phase II subsequently covered 56 fighters from the 427th TFW, with the AIDC handing over the last aircraft to the ROCAF on Dec. 21, 2017. The end of Phase II was marked with a commissioning ceremony at Ching Chung Kang Air Base on March 9.

The original F-CK-1A/Bs have been upgraded to the C/D standard, with glass cockpit and three-color head-up display, new 32-bit flight control computer, Golden Dragon CD-53 multi-mode pulse-Doppler radar, and certification to launch the National Chung-Shan Institute of Science and Technology (NCSIST) Wan-Chien (Ten Thousand Swords) stand-off missile. The aircraft also have two additional hardpoints for the Tien Chien II (TC-2, Sky Sword 2) medium-range air-to-air missile. The ROCAF revealed that its next step is to integrate the anti-radiation version of the Tien Chien II, known as the TC-2A, and to make the IDF a dedicated SEAD (suppression of enemy air defenses) platform, akin to the USAF’s F-16C “Wild Weasels.”

These upgrades aim to put the 25-year old IDF on par with the growing fleet of fourth-generation mainland Chinese fighters such as the J-10 and J-16, although the Chinese fighters remain far superior in terms of systems, weaponry, and endurance. However, the Wan-Chien will enable the ROCAF to engage People's Liberation Army targets and ships from a range of 124 miles (200 km), without entering the Chinese air defense bubble.

Modernizing the Ching-kuo fleet is part of the ROCAF's drive to update its capabilities. Also underway is a major F-16 upgrade program. The first four upgraded F-16A/Bs are believed to be retrofitted and awaiting first flight. Last week, Taiwanese defense minister Yen Teh-fa revealed that his ministry has requested the Lockheed Martin F-35 and Boeing KC-135 tankers, although many are skeptical of this bearing fruit. Interestingly, a Taiwanese publication reported the possibility of the U.S. government leasing surplus F-15C/D Eagles as a compromise counteroffer to Taiwan.

Chang Li-teh (張立德), an editor at Defense Technology Monthly magazine, said: "The anti-radiation missile development program is listed as one of the top secrets of the military. Very little is known about it for the moment.

"All we do know is that the TC-2A program is aimed at developing a capability to destroy China's air defense radar stations along its southeastern coast. The developer, the military-run Chungshan Institute of Science and Technology (CSIST), is now working hard on the terminal seeker portion of the missile," Chang said.

The terminal seeker is the device which guides a missile to its target and is the most sophisticated part of the weapon.

"The CSIST has actually produced a prototype seeker but it looks too large to fit the TC-2A missile. They must be trying to reduce the size of the seeker and upgrade its capabilities," he said.

"Technical problems involved in the development of the seeker are mainly about whether the seeker can overcome enemy electronic countermeasures. Put simply, if the enemy suddenly turns off the radar being targeted or releases decoys in the vicinity, will the seeker still be able to guide the missile to its destination?" he said.

According to classified information, the TC-2A missile, on which the anti-radiation missile is based, has a range of between 74km and 90km, enabling its carrier plane to fire at targets along China's southeastern coast from a safe distance in the Taiwan Strait. Source: taipeitimes.com 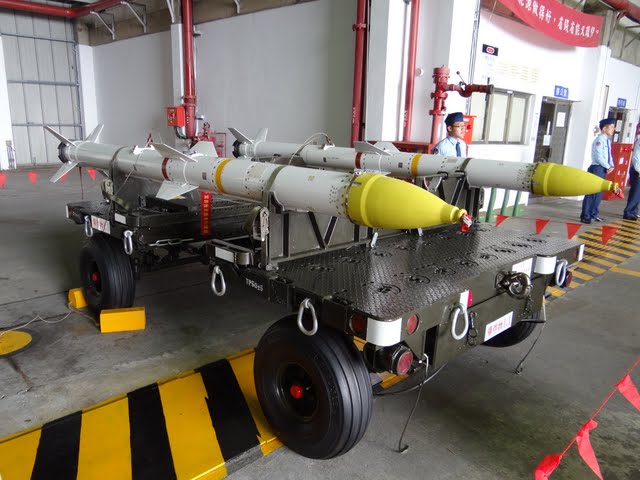