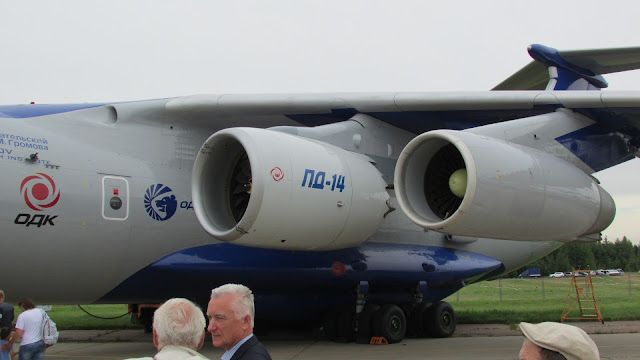 
The Aviadvigatel PD-14-powered version of Russia’s new-generation Irkut MC-21 narrowbody is scheduled to be rolled out in Q2 2019 following system checks and tests of the engine’s compatibility with the aircraft, Sergey Popov, managing director of UEC – Perm Engines, has announced.

There are currently three PD-14 examples being assembled for testing purposes. These powerplants are to be delivered to the MC-21 airframer in late 2018.

Seres production of the engine will begin later after it has entered the MC-21 flight test program, as some corrections may be required following the testing.

UEC – Perm Engines has assembled 13 PD-14s for testing to date, including two units this year. Another two, which are in the assembly phase, are intended for reliability testing. More tests are being carried out or planned at this moment, including high OAT and bird ingestion trials.

Once the certification process is complete, the engine manufacturer plans to concentrate solely on series production. The MC-21 backlog currently stands at a combined total of 175 firm orders for all the versions.

Russia’s IrAero Airlines is interested in becoming the launch customer for the PD-14-powered variant, Popov said, adding that the carrier would receive a lucrative offer. IrAero wants four of its 10 ordered MC-21s to be fitted with the Russian-made powerplants.

Russia’s flagship carrier Aeroflot has an option for 42 PD-14-powered MC-21s. Some of the aircraft ordered by Red Wings, another Russian operator, may come similarly equipped.

Processes involved in PD-14 production make use of digital technologies to share information online about any requisite modifications. The approaches being developed and tested at the moment will later be used in aftersales support.

In 2017 UEC – Perm Motors completed reconstruction of a comprehensive testing facility, which will be used for PD-14 as well. Certification of the test benches is scheduled for May this year, and the first testing of the conforming PD-14, which will power test aircraft, will start in June. There are plans for developing a full-scale testing base later on.

Related articles:
MC-21 with Russian engines could be certified in 2021