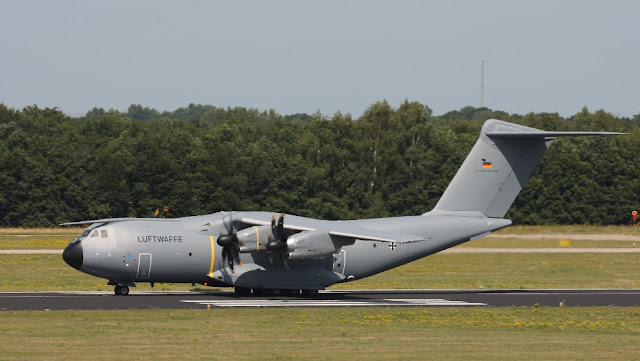 
BERLIN (Reuters) - Germany’s military fears that the Airbus (AIR.PA) A400M aircraft will not fulfill its needs in time as the troubled program faces further problems, a report seen by Reuters reveals.

The confidential German military report said there was a “significant risk” that the A400M would not meet all its tactical requirements by the time the armed forces retires a fleet of aging C-160 Transall transport planes after 2021.

“It is not clear whether, when and how many mature deployable A400M will be available with the contractually required suite of tactical capabilities,” the report said.

“There are significant risks associated with the availability of the required tactical capabilities at the time of the retirement of the C-160. A capability gap cannot be excluded after 2021,” it added.

Problems included data such as fuel usage needing to be entered into multiple systems, meaning it could take up to 50 man-hours to plan medical evacuations and other missions, which the report said was “not acceptable” operationally.

Airbus, which last month took a new 1.3 billion euro charge on the multinational A400M program, said the German assessment of mission planning time differed significantly from other nations. For instance, it took the French military a maximum of 90 minutes to plan a tactical mission, and just 40 to 60 minutes for a routine mission, a company spokesman told Reuters.

Although planning could be shortened to six to 10 hours, this was only possible by reducing the load of passengers and equipment, said the report.

The latest setback for Airbus comes after a preliminary deal by which Germany and six other NATO nations agreed to slow the planned delivery schedule and negotiate removing certain difficult to achieve requirements for the aircraft.

In return, Airbus has pledged to provide “all necessary support and resources” to Europe’s largest defense project.

The report cited continued concerns about the plane’s inability to meet requirements, such as the ability to drop parachute troops. It said Airbus could also seek additional funds to complete work on the self-defensive capabilities.

It also cited delays in carrying out testing of the plane due to insufficient infrastructure in Europe, and said a site in Yuma, Arizona was now being considered.

There were also “critical” problems with the production of sensor chips for the plane’s airborne warning system that had not been resolved, the report said, noting that Germany had received five A400M aircraft without the warning system.