In order to respond to the mainland’s continuous efforts to strengthen Taiwan’s combat capabilities and amphibious landing capability in recent years, the Taiwan military has strengthened its armored combat capabilities and launched concrete actions. According to Taiwan media reports, at the end of 2017 , Taiwan’s Zhongshan Institute of Science and Technology received two M60A3 combat vehicles for performance improvement assessments. In January 2018 , it also proposed plans for NT$ 40 billion, in addition to the future enhancement of Taiwan’s M60A3 war. In addition to vehicle performance, it also hopes to become the M60 chariot performance enhancement and life extension center in the Asia-Pacific region , which will accumulate energy for the future of “national car manufacturing”

At present, there are approximately 1,200 main chariots in the Taiwan military , but in addition to 460 US-made M60A3 chariots, the rest are all US-Taiwan-made CM11 chariots and self-modified CM12 chariots, in terms of performance. Has fallen behind. However, even with the M60A3 tank as the main force, whether it is firepower or armor, the ZTD-05 type amphibious assault gunners that faced the mainland as the first wave landing force when attacking Taiwan , and the heavily armored troops supported by the follow-up shore, are not Dominated. Therefore, the Taiwan military also has great pressure to seek for the next generation of tanks to fill gaps in armor. It is understood that the current possible direction is mainly led by the Chinese Academy of Sciences, upgrading the existing M60A3 tank, updating the 120mm barrel, replacing the turret hydraulic system, the new ballistic mission computer and the automatic loading system, and purchasing the new M1A2 tank from the United States .

However, whether or not the Taiwan military wants to outsource the purchase of new types of combat vehicles or upgrading of active combat vehicles, there is also a “ chariot’s useless ” voice in Taiwan, which raises questions about whether chariots are suitable for Taiwan’s environment. These types of voices can be divided into two groups. One group believes that because Taiwan is geographically limited, as an island, it does not actually need to invest too much in the Army. Instead, it should strengthen the navy and air force as the main direction for army building. The Army can meet basic defense needs as long as it can meet its basic defense needs. Implementing anti-daggers and reverse osmosis is enough. The other faction emphasizes that the north-south traffic in Taiwan’s west and west, due to numerous rivers and rivers that lead to the proliferation of bridges, it is doubtful whether these bridges and roads and other infrastructures are sufficient to prop up the transfer of even more heavy tanks in the future. With Taiwan’s highly urbanized, densely populated towns and narrow streets, it is not conducive to the deployment of tank vehicles. However, if the above two arguments are analyzed in depth, it can be found that there are weaknesses in the discussion.

From the first point of view, the University of Chicago professor, author John offensive realism · Mearsheimer ( John Mearsheimer ) "Tragedy of Great Power Politics," a book he pointed out that even now "command of the sea", "air supremacy" The mastery has become the key to the success of modern warfare. However, it cannot be overlooked that the military strength of the army is still the key to the final victory. Judging from the history of several conflicts and wars, both the 1991 Gulf War and NATO’s intervention in the Yugoslav civil war in 1999 , pure air strikes and maritime blockades were not enough to defeat a country militarily, and the final victory and follow-up Occupation still requires the Army to make the final settlement. Therefore, it is necessary to maintain a land force with certain fighting power and resistance to the enemy.

The second point on the applicability of chariots to Taiwan's terrain, if we understand the military forces of the Taiwan military and tactical planning, we can understand the above concerns do not affect. Judging from the military subordinates, the main strategic execution units of the Taiwan military are divided into combat zones and subordinate joint force brigades. Each has its own defense zone and is responsible for local defense. At the same time, the special geographical conditions on the west coast of Taiwan also limit the People’s Liberation Army. Landing points that can be used, while Taiwan’s military can focus on possible landing points to deploy the relevant armored forces to the counter-attack position in advance so as to reach the use of soldiers in the Taiwan military’s “protection of combat power, coastal victory, and defeating the enemy on the beach”. Conception.

As for whether the tanks for use in urban environments, from the US military operations in Iraq and Singapore from Germany to introduce the M1A2 leopard almost the same weight of 2ASG type ( Leopard 2A4SG ) main tanks, fighting vehicles can be seen in the modern town The value of war. 2004 Nian 11 months, the first by the US military in Iraq launched 2 times the Battle of Fallujah ( Second Battle of Fallujah ), it is fully demonstrated, if accompanied by good infantry fighting mechanism, the chariot with firepower and armor advantage on the battlefield Can still be replaced. As a city-state, Singapore is also based on participating in the United Nations peacekeeping operations in Iraq. In addition to purchasing heavy-duty main vehicles, it also actively cooperates with the German military and uses narrow urban streets as a battlefield scenario to implement new tactical training. Therefore, instead of using Taiwan's environment as a chariot, it is better to strengthen the Taiwan military’s own training in urban warfare. This is the only way to increase combat power.

Although from the above analysis, it can be seen that maintaining a certain level of armored combat power for Taiwan still exerts combat effectiveness. However, returning to how to obtain equipment, regardless of the issue of purchasing M1A2 tanks, only talking about the M60 transformation will inevitably face a very real problem, is the Chinese Academy of Sciences has the ability to carry out many hardware and software upgrades? Such as new artillery tubes, turrets, fire control and loading systems, and even the possibility of additional armor and power system replacement in the future, these are beyond the existing research and development capabilities of the Chinese Academy of Sciences and can only be sought by foreign manufacturers. At present, for the upgrade of the M60 chariot in the world, it is currently observed that only Raytheon Company 's service extension plan ( SLEP ) provided for the M60 chariot is more in line with Taiwan’s needs. According to the sources, Raytheon will come to Taiwan in May 2018 to discuss with the relevant units in Taiwan on topics for discussion, or may discuss the upgrade of the M60 tank, and carry out technical transfer discussions with the Chinese Academy of Sciences, and will wait and see. 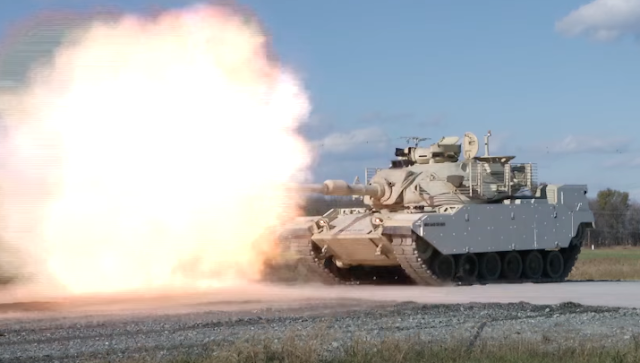 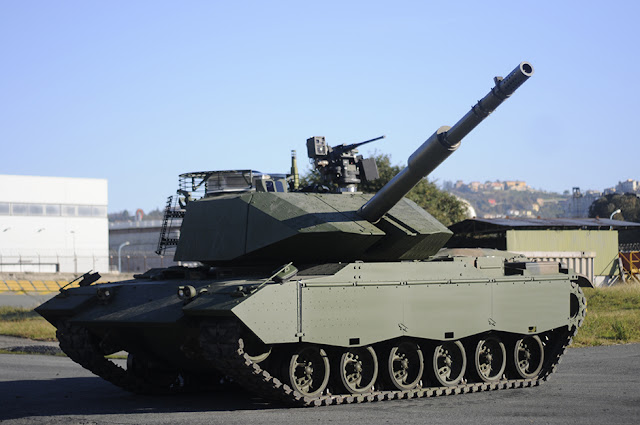