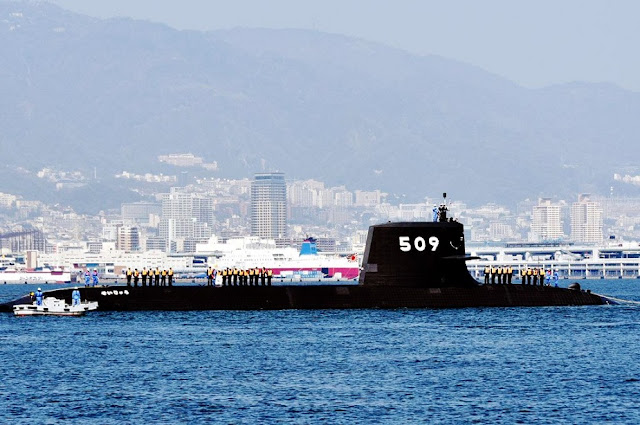 Japan’s Maritime Self Defense Force has commissioned its ninth Sōryū-class submarine during a March 12 ceremony in the Hyōgo Prefecture.

JS Seiryū (SS-509), as the ninth boat in the class is named, was built and delivered by Kawasaki Heavy Industries and will be homeported in Yokosuka.

Kawasaki Heavy Industries launched the country’s tenth Sōryū submarine on November 6, 2017, while construction is underway on boats eleven and twelve.

The 84-meter long submarines are the world’s largest conventionally powered submarines. They are also Japan’s first to be fitted with air-independent propulsion (AIP) systems that enable them to remain fully submerged for longer periods of time thanks to Kockums Stirling AIP engines.

Manned by 65 sailors, the submarines displaces 2,950 tonnes and travel at speeds of 20 knots.

JMSDF now has nine submarines in active service with the tenth set for delivery to JMSDF in March 2019. 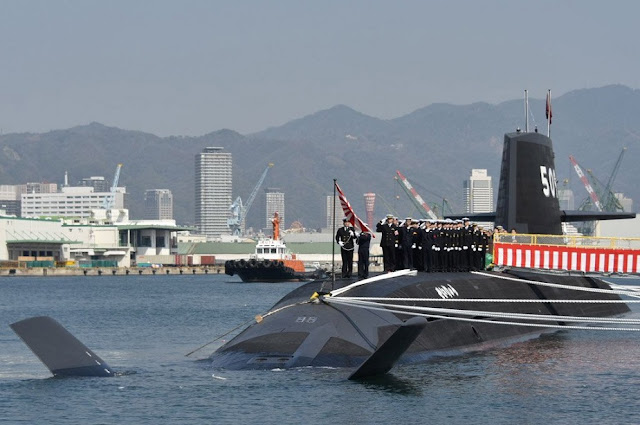