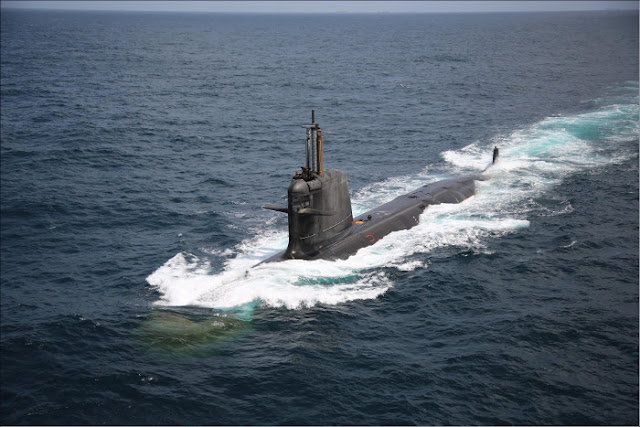 France will be making a strong and fresh pitch for building additional submarines under the Navy’s P-75(I) or ‘Project 75 India’ programme for $8 billion after the successful induction of first Scorpene-class submarine into the Indian Navy in December last year.

Securing additional orders for French defence conglomerate Naval Group (formerly DCNS) is going to be the topmost agenda of their Defence Minister Florence Parly, who is accompanying President Emmanuel Macron in his maiden India visit starting on Saturday, sources told BusinessLine on condition of anonymity.

Parly is going to raise this issue with her Indian counterpart Nirmala Sitharaman during a meeting on Saturday after the summit-level bilateral talks between Macron and Prime Minister Narendra Modi, sources said.

Earlier in a letter to Sitharaman, the French Defence Minster had stated that commissioning of the first Scorpene submarine on December 4, 2017 by Mazagon Dock Shipbuilders Ltd. in partnership with Naval Group was a “shining illustration of the exemplary nature of our technological and industrial cooperation” and that the French government and Naval Group are very keen to support the Indian Navy in making this programme a “big success”, sources said quoting the letter.

Parly also informed Sitharaman that the Naval Group has also responded favourably to the request for information (RFI), under Strategic Partnership (SP) Model, for the new P-75 (I) programme, sources added.

The P75 (I), which is a follow-on for $3.75 billion P75 or Project 75, was announced in October 2014. In 2016, the Navy issued a request for information to six global submarine makers to build six advanced submarines with air-independent propulsion (AIP) technology under the P75 (I) project.

Apart from the AIP technology, which enables the submarines to stay under water for a longer period, these proposed submarines will also have a vertical launch system. Additionally, a brand new cruise missile will be fitted as the main anti-ship missile.

Larsen & Toubro (L&T) and Reliance Defence are the only two private shipyards that were short-listed to participate in the programme. They are likely to be contending for the project now under the SP policy.

Under P75 MDL and Naval Group had been engaged in making six Scorpene-class submarines under a transfer of technology arrangement since 2005. So far only the first boat – INS Kalvari – has been inducted into Navy’s fleet while two more – INS Khanderi and INS Karanj – are undergoing sea trials.

India has plans to build a fleet of 24 submarines for the navy. Currently, the Navy operates 14 conventional and two nuclear-powered submarines.