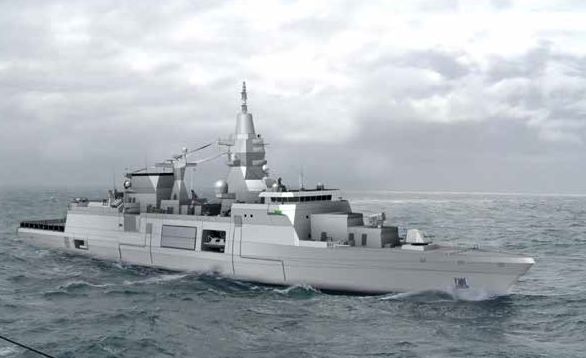 
Already suffering from allegations of bribery and cost overruns on several naval orders, ThyssenKrupp Marine Systems has now been barred from bidding to build Germany's next generation of battleships.

An ancestor of ThyssenKrupp Marine Systems built many of the U-boats and battlecruisers that wreaked havoc around the globe during the first and second World Wars, and in recent years the firm has continued to supply the German military with warships.

So it will have come as a shock to the country’s largest shipbuilder that it has been barred from the race to supply the next generation of German battleships. Faced with a program plagued by manufacturing problems, including a new warship that listed, the German defense ministry has taken the unprecedented step of excluding a consortium led by the company, part of the ThyssenKrupp industrial conglomerate, from the bidding process.

The decision was disclosed in a notice sent to the firm’s shipyards by the ministry’s purchasing agency. The letter said the government did not trust ThyssenKrupp and its partner, Lürrsen shipyards, to build the new Multi-role Combat Ship 180 (MKS 180 for short), which is designed to operate anywhere in the world, including in polar seas. The agency also said the consortium’s proposed price of €4 billion ($4.9 billion) for four warships was too high.

The decision was a stunning blow to ThyssenKrupp Marine Systems, although perhaps not a huge surprise to outsiders. The firm has been forced in recent months to pay multiple fines for cost overruns and late deliveries on other contracts, and has been swept up in a major bribery investigation in Israel, its largest customer, which has ensnared close associates of Prime Minister Benjamin Netanyahu.

The decision follows an embarrassing comedy of errors involving another new warship being built in ThyssenKrupp's Kiel shipyards, the F125 frigate.

The government’s decision means the construction of the MKS 180s is likely to go to one of two foreign-owned consortia: Damen Shipyards in Holland or German Naval Yards, which is owned by a French-Lebanese businessman named Iskander Safa. However, officials said that because the final appropriation of money for the ships must go through Germany’s parliament, politicians there could still throw their weight behind the German yard and put the contract out for rebidding. The Ministry of Defense did not comment.

The procurement agency’s decision follows an embarrassing comedy of errors involving another new warship being built in ThyssenKrupp’s Kiel shipyards, the F125 frigate. The first version of the ship, called the FGS Baden-Württemberg, was returned by the German navy for repairs to defects after it failed its seagoing trials. The ship had been under construction for six years.

According to the newspaper Kieler Nachrichten, the Baden-Württenberg’s central computer system, which was meant to allow the ship to be manned by only half the crew of similar-sized vessels, had failed to function properly. There were also problems with its radar and the ship initially listed to starboard.

ThyssenKrupp’s removal from consideration for the MKS 180 contract could cost the company dearly. The deal had been expected to be worth around €3.5 billion for four ships, plus a likely follow-up order of two more vessels, bringing the total close to €5 billion.

In addition, once the German order was finished, the successful bidder would be free to sell the ships to other interested parties. “Whoever receives the contract will also be able to export the MKS 180,” one shipyard manager told Handelsblatt.

It is difficult to determine precisely how the exclusion will affect ThyssenKrupp financially because the firm does not break out separate profit figures for its shipyard division. Bremen-based Lürssen is a family owned firm and does not disclose results publicly.

The other bidders also face obstacles, however. For example, the German Naval Yards consortium, which includes Britain’s BAE Systems, has never built a ship as big and powerful as the MKS 180, which is said to be the most powerful warship ordered by the navy since the end of World War II.

It is likely the final decision on the awarding of the contract will be political. It is still not clear who will be defense minister in the cabinet of the new coalition government between Chancellor Angela Merkel’s conservatives and the Social Democratic Party. But their agreement to form a government stipulated that production of surface ships should become a key domestic technology.