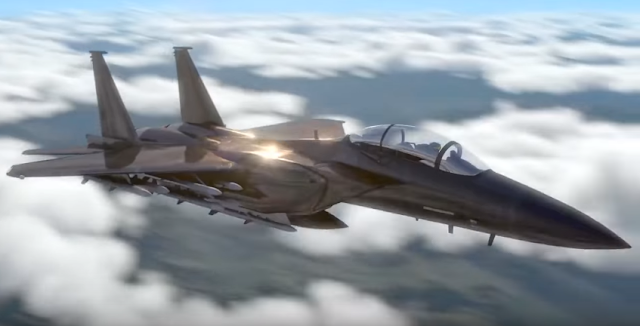 TEL AVIV: The Israeli Air Force (IAF) may delay the acquisition of a third Lockheed Martin F-35 squadron in favor of a fast purchase of additional new versions of the F-15.

In recent deliberations within the IAF’s high command, the leading direction was clear – -priority for the additional F-15’s while delaying the purchase of a third F-35 squadron.

However, the head of the IAF’s aircraft department, Col. H., told Breaking Defense that the force will soon face the decision whether to purchase additional F-35s, on top of the 50 that are included in the signed contracts. “We are very pleased with the performance of the aircraft,” he said.

Even before the delivery of the test aircraft the IAF has equipped the first F-35’s with Israeli-developed systems.

Sources told Breaking Defense that the rapidly changing situation in the Middle East, especially the Iranian effort to gain more influence in countries like Syria and Lebanon, makes buying F-35’s more urgent. The sources added that the decrease in the price of the F-35 will be a one of the main factors in the expected decision.

According to sources close to the issue, while the F-35 can perform best when its stealth feature is essential — in later phases of combat — the IAF believes the need is for other aircraft, ones with advanced avionics that can operate in conjunction with the F-35 and carry heavy loads of weapons.

Retired Brig. Gen. Assaf Agmon, who served in the IAF as a fighter pilot and in senior command position and then headed the Fisher Institute for Air and Space Strategic Studies told Breaking Defense that it will be a mistake to delay the acquisition of an additional F-35 squadron.”The F-35 is not just another aircraft, it brings a total revolution in the interoperability of air, ground and sea sensors  ”

He added that even the Americans have not yet learned the full operational capabilities of the F-35 “and what they do know they not always share with us. So we have to learn by ourselves and this is being done everyday”

He said that it will be a mistake to invest in another platform based on its capability to carry heavy loads of weapons systems: “The Israeli defense forces have enough ways to use massive fire power against faraway targets”.

Another retired IAF brigadier general, who asked not to be identified, said that he was against the acquisition of the F-35 from the outset: “This is a very expensive aircraft that will not really change the capability of the IAF in the coming 20 years.” With the current Israeli defense budget there is no way to create a critical mass buying F-35s. “This is a niche system that cannot serve as a game changer. The combat now is based on standoff weapon systems, which makes the presence of an aircraft like the F-35 in the fighting area less important,” the retired general said.

The contrasting views of the two former high ranking IAF officers symbolize the debate within the IAF. The crucial factor may be the senior leadership of the Israeli Defense Forces and Israel’s intelligence community. The scales tip to the opposite direction whenever the intelligence guys present the most imminent threats, and these changes ARE frequent in the unstable Middle  East.

If the IAF decides to purchase additional F-15s, the deal is likely to occur in the middle of the 10 years U.S defense package that was recently approved by Washington. The new package, in effect from 2019, is for $38 billion over 10 years, up from the $31 billion over the last decade.

The IAF command wants to keep a “critical mass ” of fighter aircraft that can carry a variety of heavy load weapon systems, including some that are being currently developed by the Israeli defense industries .

The IAF’s F-15D  Baz are central to Israeli air power. They operate a number of missions including air superiority, strike, reconnaissance, and command and control and networking “stations”.

In the meantime, the IAF is continuing to open the envelope of F-35. And the IAF is adding capabilities to the already operational Adir stealth fighters. This even before the delivery of the dedicated test F-35 that will be delivered in 2019.

The Israeli F-35A, known as the F-35I Adir, recently took part in the attacks on Syrian ground-air systems that followed the downing of an Israeli F-16 by a Syrian ground -air SA-5 missile.

The IAF refused to be specific but said that the stealth fighter’s capabilities are a “game changer.”

In mid-March, several IAF sources  described  the F-35 as a “super intelligence  collector” in stealth mode and with the capability to disperse the data to forces in the air and on the ground.

IAF Commander Maj. Gen. Amikam Norkin has decided to classify all F-35 operations so as not to give away data an enemy could use to decrease the stealth fighter’s capabilities.

The IAF’s Golden Eagle squadron is currently operating nine F-35 ‘s; this year another six will be delivered.

Related post
No, Israel's Interest In Buying New F-15s Isn't A Referendum On The F-35
Israeli Air Force likely to opt for Advance F-15 Over F-35 for Next Fighter Jet Acquisition
Israel negotiating for up to 25 Advanced F-15 (2040c)