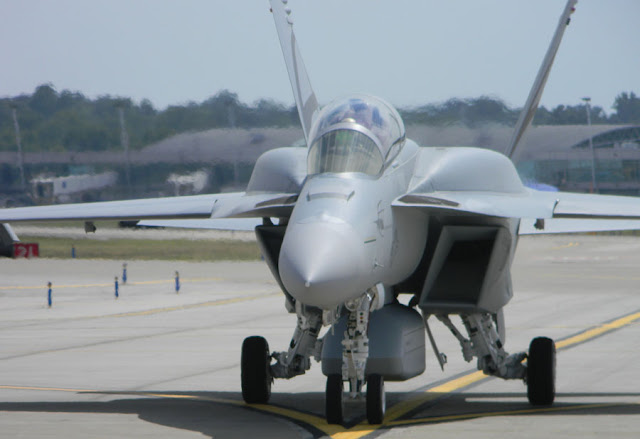 WASHINGTON — The Block III Super Hornet is getting a marginal increase in stealth capability, but if you’re expecting the invisible aircraft of President Donald Trump’s dreams, think again.

Building a “stealthy” Super Hornet has been one of Trump’s talking points since he was elected to the presidency. During a March trip to Boeing’s plant in St. Louis, he claimed the U.S. military would buy Super Hornets with “the latest and the greatest stealth and a lot of things on that plane that people don’t even know about.”

Trump was referring to one of the Super Hornet’s Block III upgrades slated to be incorporated on jets rolling off the production line in 2020: the application of radar absorbent materials or RAM, also known as stealth coating.

But far from being “the latest and greatest,” the company has already used the exact same materials on the on the Block II Super Hornet to help decrease the chances of radar detection, said Dan Gillian, who manages Boeing’s F/A-18E/F Super Hornet and E/A-18G Growler programs.

Block III jets will get “a little more” of that coating applied to them, “and in a few different areas to buy a little bit more performance,” Gillian told Defense News in a March interview.

All in all, those improvements will reduce the aircraft’s radar cross section by about 10 percent, and with very low risk, he said......Read rest of article: Here