The move came hours after a U.S. rival staged a landmark transatlantic demonstration flight, as arms firms vie to develop drones with flexibility to be used in civilian-controlled airspace - a drive that could spawn future technology for unmanned airliners.

Changing security concerns following the dismantling of Islamic State and rising geopolitical tensions have caused European countries to shift defense efforts from far-away conflicts to homeland security, resulting in demand for drones that can be safely integrated into civilian airspace to, for example, monitor border crossings, Elbit officials said.

A version of Elbit’s Hermes 900 StarLiner is being assembled for the Swiss armed forces and is scheduled to be delivered in 2019 in a deal worth $200 million.

“We are getting a lot of interest from other customers for the same configuration ... from all over the world,” Elad Aharonson, general manager of Elbit’s ISTAR division, told Reuters.

The StarLiner, being launched ahead of next week’s Farnborough Airshow, is derived from the Hermes 900 operated by Brazil for surveillance during the 2014 World Cup. That operation required closing off airspace to civilian aircraft, something the StarLiner, with technology to detect aircraft and avoid collisions, will not require, Elbit said.

The drone is compliant with NATO criteria, qualifying it to be integrated into civilian airspace, Elbit said. It will still need approval of the various civil aviation authorities.

The StarLiner has been flying in civilian airspace in Israel over the past year.

California-based General Atomics’ MQ-9B SkyGuardian - a version of the widely used Predator family - completed its Atlantic crossing on Wednesday ahead of the world’s largest military airshow at RAF Fairford in western England.

Elbit expects to receive approval from the European Aviation Safety Agency (EASA) for its own product in the coming months.

Drones are a major source of revenue for Elbit and state-owned Israel Aerospace Industries. The United States and Israel dominate the industry but face growing competition from cheaper Chinese drones.

U.S. military drone makers are vying for a larger share of the global market, which market researcher the Teal Group forecasts will rise from $2.8 billion in 2016 to $9.4 billion in 2025.

Flying alongside airliners would expand the horizons of drones originally developed for military surveillance. But it would also call for advanced sensors and software that could eventually filter back into commercial use as developers look at single-pilot and ultimately pilotless cargo or passenger jets.

The StarLiner can reach 30,000 feet - the altitude of some commercial jets - and photograph an 80 square kilometer (31 square mile) area, Elbit said.

“Some customers would like to use the system to gather intelligence,” Elbit CEO Bezhalel Machlis said. “Another example can be for homeland security applications, to fly above an area and make sure it is monitored against terrorist activities.”

The drone can be equipped with radar, cameras to take video and still pictures, and signals intelligence to analyze electronic signals.

“This is a major step towards unmanned civilian planes,” Aharonson said, adding the main barrier to such aircraft would be psychological rather than technical. 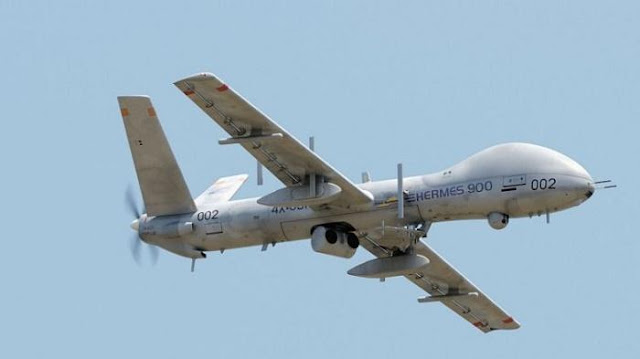 Hermes 900 can also be utilized for ground support and maritime patrol missions, as well as for integrated multi-platform, multi-sensor operations. Based on the heritage of over 300,000 operational flight hours of the Hermes 450 UAS, the Hermes 900 employs identical building blocks using a larger air vehicle with nearly double the performance. 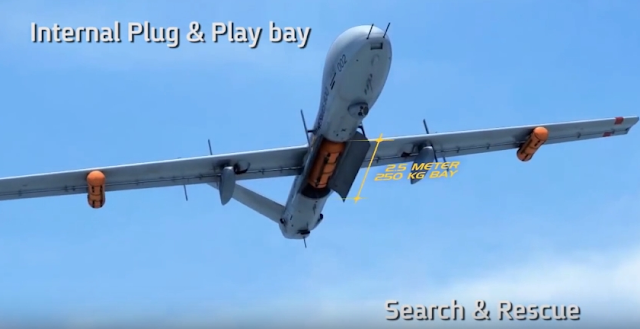 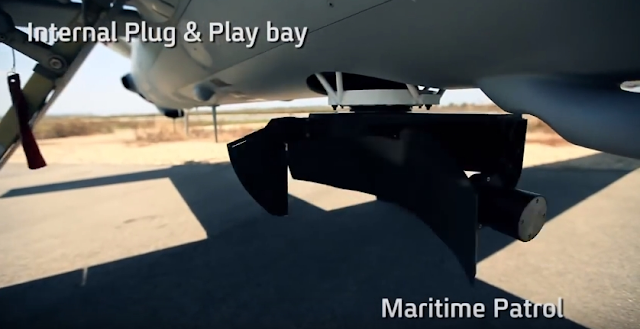 Mission management is performed in a highly autonomous manner via the Hermes ground control system (GCS) designed to control combined Hermes 900 and Hermes 450 missions. Hermes 900 can perform two concurrent missions from the same GCS using two ground data terminals (GDT). Hermes 900 is the most recent MALE UAS procured by the IDF as well as by multiple international customers. 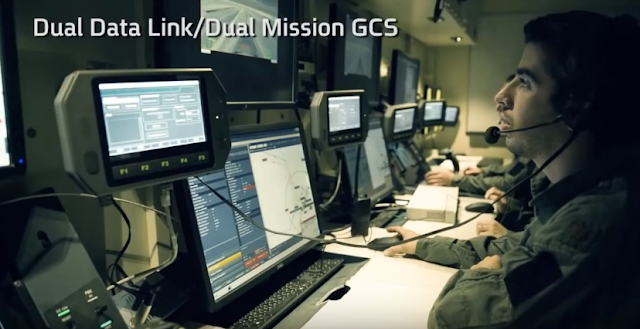 Source: elbitsystems.com
Posted by Nawapon at 16:05