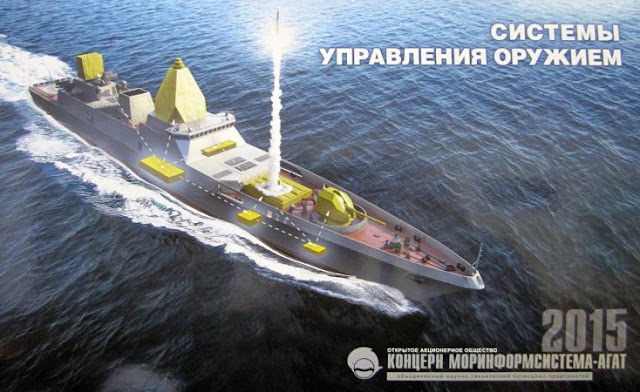 Drafting of the frigate with larger displacement than the Project 22350 lead ship, Admiral Gorshkov, will begin no later than in 2018. The Navy plans to obtain the first Project 22350M ship by 2026, Deputy Commander-in-Chief of the Russian Navy, Vice Admiral Viktor Bursuk recently told Mil.Press Today.

He added that the project would be developed by the Severnoye Design Bureu.

The upgraded Project 22350M frigates are expected to displace about 8,000 tons. Severnaya Verf shipyard will be able to build them, if completes the updating of production facilities in time.

As was earlier reported, the Russian Navy needs somewhat 10 Project 22350M ships that are supposed to fill the gap between the frigates of traditional displacement of 4,500-5,000 tons and destroyers. Their construction was announced back in 2014 by Viktor Chirkov, the then Commander-in-Chief of the Russian Navy.

According to official reports of July 2017, only initial development of appearance of the Project 22350M frigate was in progress at that time. The Russian Defense Ministry had not approved the ship’s design at that point. 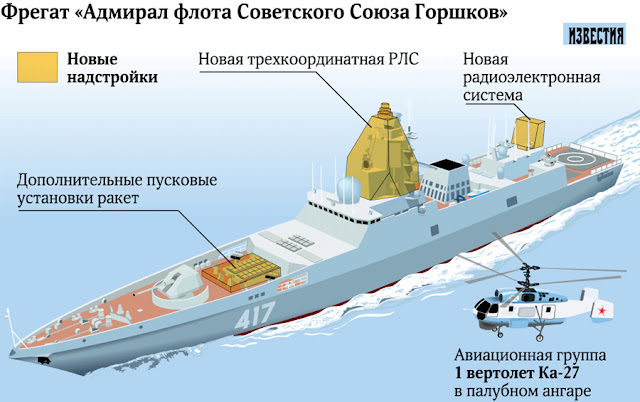