F-35 to get upgrades as certification continues 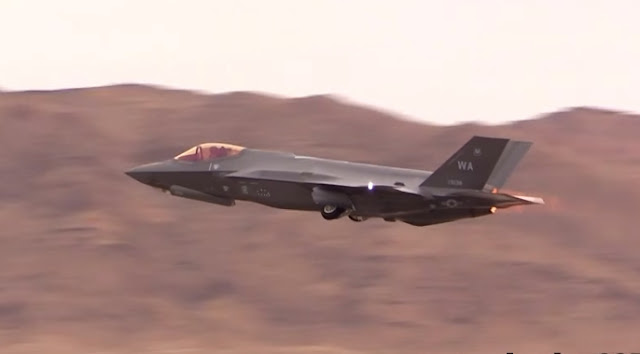 
Major upgrades to the F-35’s systems are being tested and developed so they can be integrated into the existing fleet and new aircraft as soon as next year.

The F-35’s System Development and Demonstration (SDD) completed in April 2018 and there is a ramp-up in production. However, testing of the fighter jet is ongoing, with upgrades to the aircraft’s electronics, surveillance and sensor systems planned for implementation by 2023.

Speaking at the Farnborough Airshow, Greg Ulmer, VP and general manager, F-35 program at Lockheed Martin, said, “The F-35’s SDD was probably the most extensive flight test program in history. It was a very successful program, with three different variants and all the different customers. Next there’s the weapons certifications and underwriting for the different customers.

“The aircraft is doing everything it is designed to do and more.”

An Auto GCAS (Automatic Ground Collision Avoidance System) feature will be added next year to the F-35; auto-GCAS enables the aircraft to sense when it is flying into the ground and automatically intervenes to stop a collision.

“We’ve been able to advance that capability insertion by several years. By end of next year it will be in the production aircraft,” said Ulmer.

Another critical update to the F-35 is the Distributed Aperture System (DAS), which will be supplied by Raytheon. This DAS will be three times more capable and five times more reliable than the existing sensor system, said Lockheed Martin.

The DAS enables the pilot to see all around their aircraft and gives the F-35 the capability to detect missile launches from 800 miles away and to target ground artillery.

The Raytheon-built DAS will be integrated into F-35 starting with Lot 15 aircraft, which is expected to begin deliveries in 2023. Ulmer said, “We’re using incremental spiral development and have a rapid insertion approach for technology improvements within the Block 2023 timeframe. The components within the DAS have improved on other platforms and are proven.”

Lockheed is also attempting to reduce the operational support costs of the F-35 by 38% so it can be operated for around the same cost of a fourth-generation fighter through an initiative called the Blueprint for Affordability.

“It’s not just about the performance. It’s about the interconnectivity and the integration of the sensors and data and sharing that data to other aircraft, battle stations. That’s the real power of the F-35. It can replace multiple platforms with a single platform,” said Ulmer.

The largest facility for final production and assembly is at Fort Worth, Dallas, Texas, and there are other final assembly facilities in Cameri in Italy and Nagoya, Japan.