Russia found a way to close the sea borders 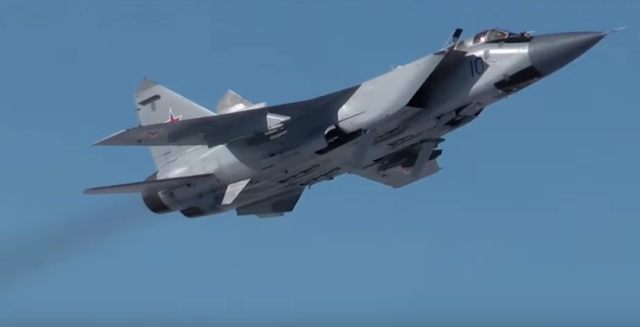 "Together, we can talk about [the number of] up to a hundred  MiGs with" Daggers ", which, in principle, is enough to create a so-called zone of restriction and prohibition of access and maneuver (A2 / AD) on all our water areas, "- said the expert.

The expert explained that ten MiG-31K could strengthen the Baltic fleet - the same number of fighters with the "Daggers" today bears experimental and combat duty on the Black Sea direction. At the same time, for shielding each of the two ocean areas, which are under the jurisdiction of the Northern and Pacific Fleets, respectively, 3-4 times more aircraft will be required.

Leonkov recalled that it is also planned to equip the Tu-22MZ bombers with Daggers, which can carry about four such missiles, but this machine is designed for operational, rather than rapid, as in the case of the MiG-31, response, and is therefore based away from maritime boundaries .

"Most likely, all the Tu-22MZs, which are currently in service with the Russian Air Force, and that's more than 60 cars, will have the opportunity to carry Daggers, so we will solve the question of the universality of this aircraft," he added.

The high-precision aviation missile system "Dagger" was first introduced by Russian President Vladimir Putin in March 2018. According to available data, this is a modernized version of the quasi-ballistic, single-stage steerable 9M723 solid rocket of the Iskander complex, supported by a supersonic all-weather interceptor fighter of long-range MiG-31, upgraded to the MiG-31K version.

In the spring of 2018, ten MiG-31Ks took up an experimental-combat duty in the Southern Military District. In total, according to public sources, there are more than 250 MiG-31 aircraft of various modifications in service and storage of the RF Armed Forces.