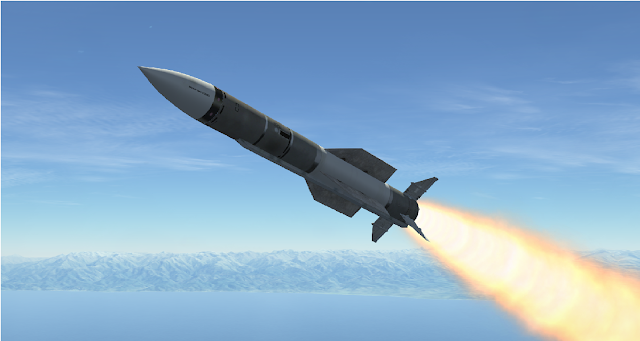 Russia’s Ministry of Defence (MoD) announced on 5 July that its long-running Vympel R-37M air-to-air missile (AAM) programme is finishing its operational validation tests. The missile, which is capable of hitting targets up to 300 km away, has been in development with different variants since the end of the previous decade and will give Russia’s fighter force the longest range AAM that all except one of these aircraft have ever been fitted with.

The R-37M’s design was derived from the missiles that had preceded it: the R-33 and R-37. Like those predecessors, the R-37M was intended only to be integrated onto the MiG-31 interceptor, according to the Russian MoD.

The new R-37 was developed during the late 1980s to provide a very long range BVR missile for a range of Soviet fighters. It is not as commonly believed a dedicated replacement for the AIM-54 Phoenix-like R-33 / AA-9 Amos, although the upgraded MiG-31M Super Foxhound was the trials platform for test shots - Russian sources indicate the missile was envisaged for the Su-35, Su-37, I.42 MFI and future types. 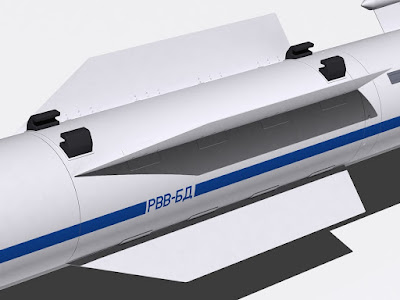 The missile uses large midbody strakes for enhanced lift, and folding cruciform tail controls for semiconformal carriage. A variant of the Agat 9B-1388 active seeker is employed, claimed to be capable of acquiring a 5 square metre target at 21.5 NMI. Production rounds are however likely to be equipped with Agat's improved ARGS-PD seeker. Range performance varies with the flight profile, from 80 NMI for a direct shot, to a maximum of 215 NMI for a cruise glide profile. In 1994 a trial round killed a target at 162 NMI, a record for a BVR missile. Source: ausairpower.net 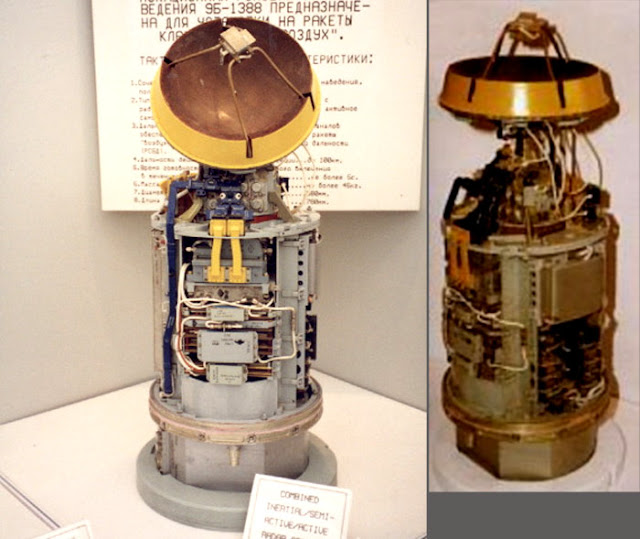 The missile control system combined with an inertial system with active and semi-active radar guidance is supplemented by a radio-correction system. The inertial-active-semi-active GOS 9B-1388 / MFBU-610 developed by the research institute "Agat" was used on the first versions of the R-37 missile and was serially produced by the Ryazan radio plant. Due to the wide participation in the development of the GOS of Ukrainian enterprises, the design of the GOS, guidance systems and other on-board systems required a drastic change. 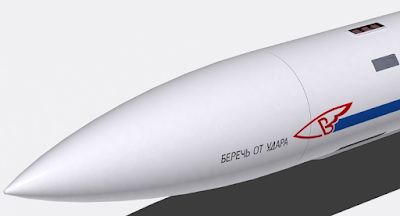 For the RVV-BD missile, a completely Russian control and guidance system with the 9S-1103M-350 GOS was developed by the research institute "Agat". The target designation before launch is made in the sector of 120 degrees in the forward hemisphere of the carrier aircraft. The GOS has a new miniature digital signal processor with a large amount of memory and increased speed. Instead of the usual mechanical gyroscopes, the FGS uses fiber optic gyroscopes and mechanical gyroscopes with forced output to the operating mode, thereby reducing the time for preparing the rocket for launch.

The design of the rocket

The R-37 missile is made in a normal aerodynamic scheme with a small-length wing with a large chord. Stabilizers before the start are in the folded position.

The missile is equipped with a dual-mode launch / march solid-propellant rocket engine (RDTT). 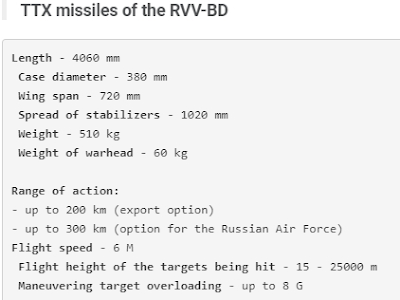