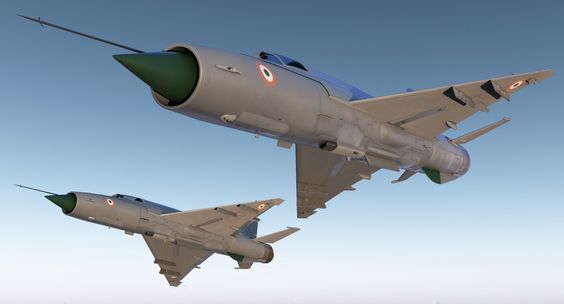 
India’s ‘Request For Information’ for fighter jets get six bids

Six global aircraft manufacturers have responded to a Request for Information (RFI) from the Indian Air Force to supply 110 fighter aircraft. The deadline for the RFI was July 6. All six manufacturers have earlier bid for the Medium Multi-Role Combat Aircraft (MMRCA), which was cancelled in 2015.

Officials confirmed that six bids have been received, of which Lockheed Martin F-16 and SAAB Gripen are single-engine fighters, while Boeing F-18, Dassault Rafale, Eurofighter Typhoon and United Aircraft Corporation MiG-35 are twin-engine ones.

“The bids will be evaluated after which the IAF will issue the Request For Proposal (RFP) with the exact specifications of the aircraft to be procured. The RFP is expected by early next year,” an official source said.

The RFI, issued on April 6, states that the government plans to buy 110 fighters jets, of which 85% will have to be built in India under the ‘Make in India’ programme in partnership with a “Strategic Partner/Indian Production Agency.”

The procurement will be processed through the Strategic Partnership (SP) model under the Defence Procurement Procedure. However, the SP model itself needs some clarification which could delay the process.

Air Force sources expressed confidence that the technical evaluation and trials can be completed very quickly, as all the aircraft have been extensively tested earlier.

“Once the process starts, from the technical evaluation to the down select of one aircraft can be completed in less than two years. After that it depends on how fast the contract negotiations can be completed,” a source said.

Earlier, the IAF was looking for a single-engine jet to replace the MiG-21s and MiG-27s being phased out of service, but the RFI did not specify it, opening up the contest to both single-and twin-engine jets. Officials said both configurations were equally competent and the final choice would depend on the price and extent of technology transfer.

According to informal estimates, the entire cost could be worth over $15 billion. Single-engine aircraft will cost lower than the twin-engine jets, both in unit and operational costs.

The move comes almost two decades after the IAF began the last major effort to acquire fighters in large numbers. The effort culminated in the global tender for 126 fighters under the MMRCA deal which was cancelled in 2015 after the Modi government decided to buy 36 Rafale fighters from France under a government-to- government deal.