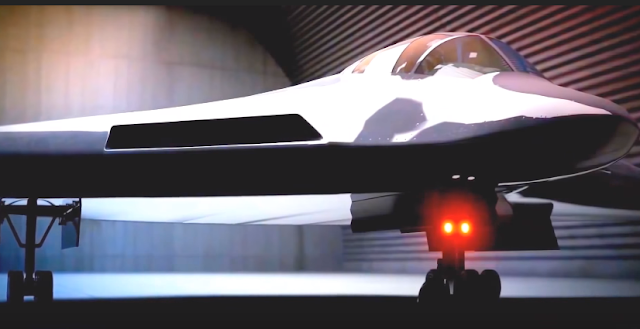 "The Prospective Airborne Complex of Long-range Aviation (PAK DA) will be created to feature low observable technologies" he said.

The official visited the Gorbunov Aircraft Works in Kazan (KAZ), where the aircraft is to be manufactured.

One of the goals of Krivoruchko’s visit was to inspect preparations for launching the serial production of the modernized Tu-160M strategic bomber. "In general, the work in this direction proceeds according to the schedule. Although the insignificant delays have been detected in some areas, others are being implemented ahead of schedule," he said.

The proposed long-range next generation plane, PAK DA, will have a variety of functions and will be configured as a bomber, command center or reconnaissance plane.

Scientific head of the State Research Institute of Aircraft Systems Academician Yevgeny Fedosov said the new aircraft will feature modern piloting and targeting complex and will be equipped with the latest communication and radio-electronic warfare means. Experts say it will be capable of fulfilling a broad range of combat missions in various operational conditions.

Deputy Defense Minister Yuri Borisov in early 2018 that the PAK DA project is implemented as scheduled rather than indefinitely postponed. According to the official, the maiden flight is likely to take place in 2025-2026, and the serial production is scheduled to begin in 2028-2029. 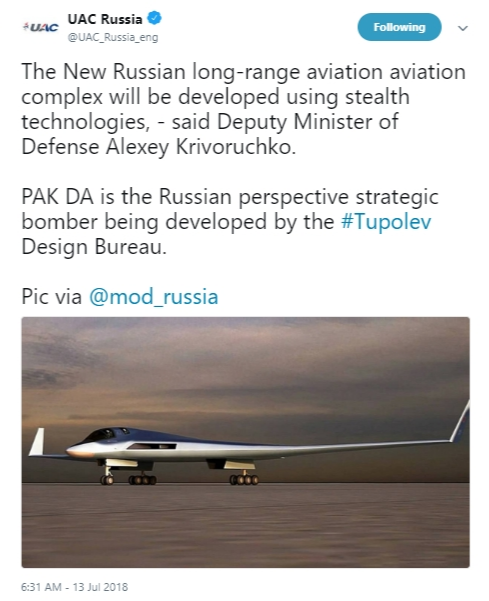